An air strike has killed five doctors in a hospital in the southern outskirts of Libya’s capital Tripoli, an official from the UN-backed government says.

A warplane belonging to Khalifa Hafta, the rogue general who commands the Libyan National Army, carried out the attack, the health ministry spokesman added.

The LNA has not commented.

Libya has been roiled in conflict since the fall of long-time leader Muammar Gaddafi in 2011.

Fighting between the UN-backed Government of National Accord (GNA) led by Prime Minister Fayez al-Sarraj, and Mr Haftar’s LNA, has claimed 1,100 lives since April, according to the World Health Organization (WHO).

The fighting has remained deadlocked on the outskirts of the capital, with both sides resorting to airstrikes, news agency AFP reports.

“It was a direct hit against the field hospital which was packed with medical teams,” Mr Hashemi added.

The attack was the third to target a hospital in the capital’s south, AFP reports.

African migrants who use Libya as a key crossing point to Europe have also been caught up in the fighting.

The GNA blamed the LNA for last month’s air strike on a detention centre that killed at least 50 migrants.

However, the LNA said it had attacked a pro-government camp near the centre and pro-government forces had fired shells in response, hitting the migrant centre by accident.

– Tripoli administration, the internationally recognised government, known as the Government of National Accord (GNA)

This is under the leadership of Prime Minister Fayez Sarraj, an engineer by profession. He arrived in Tripoli in March 2016, four months after a UN-brokered deal to form a unity government, to set up his administration. Over the last three years he has worked to gain the support of the various militias and politicians, but he has little real power over the whole country or the forces ostensibly under his control. 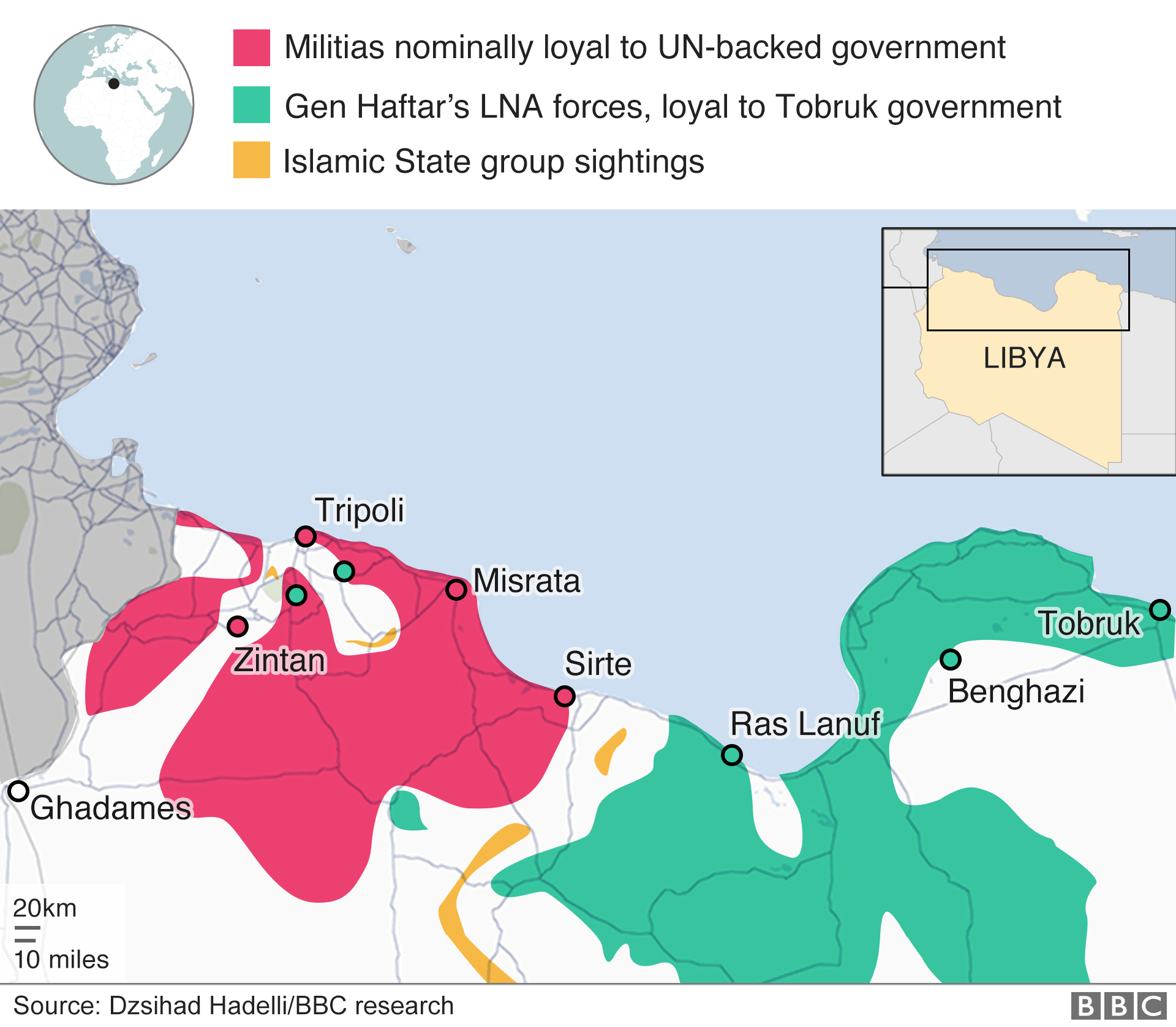 – Tobruk administration, includes the parliament elected in 2014 after disputed elections

When those who held power in Tripoli refused to give it up in 2014, the newly elected MPs moved to the port of Tobruk, 1,000km (620 miles) away, along with the old government. In 2015 some of these MPs backed the UN deal for a unity government, but the parliament has since refused to recognise it and has been blocking efforts to organise fresh elections because it wants rouge general Khalifa Haftar, who leads a powerful force called the Libyan National Army (LNA), to be guaranteed a senior role in any new set-up.