Airtel Ghana donates to State School of the Deaf 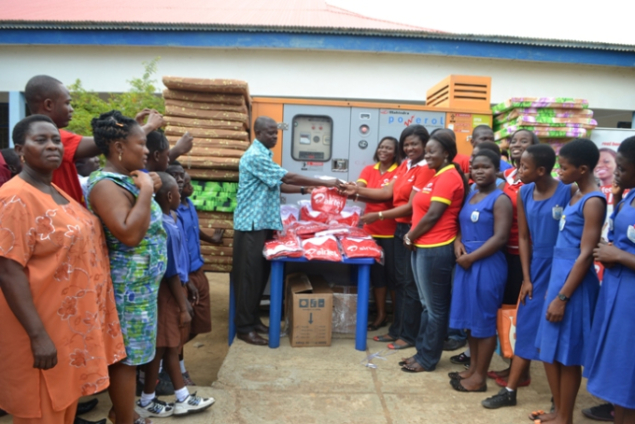 As part of celebration of World Children’s Day, Airtel Ghana donated items to the State School for the Deaf at Ashiaman, a suburb of Tema in the Greater Accra Region.

The items included a 10kva generator set, football jerseys, student mattresses and funds exclusively raised by Airtel employees towards the upkeep of the pupils of the school.

Presenting the items, Human Resource Manager in charge of Corporate Social Responsibility and Employee Engagement at Airtel Ghana, Maame Dufie Cudjoe explained that the gesture was part of the company’s pledge to support the under-privileged in the communities in which it operates, especially in the area of education.

“Airtel Ghana sees education as a key area of development in any society, in particular primary education, and so we are always on the lookout to support any initiative that will make learning easier and fun for children”, she stated.

The project was an initiative of an Airtel Ghana’s employee, Benonia Laryea, whose visit to the school last year prompted her to seek the company’s support.

“I saw such brilliance in the pupils I met. In spite of their obvious challenge, they were studious and ready to make the best out of their situation. I found that very moving and so I decided to get Airtel involved to touch their lives”, she explained.

Accepting the donation, the headmaster of the school, Michael Cudjoe, expressed his appreciation for the support. He was especially grateful for the generator, which he said will help provide constant electricity to the school and so aid teaching and learning.

State School for the Deaf is a public special school for persons with hearing impairment in the Greater Accra region of Ghana established in 1965 with a pupil population of about 325.