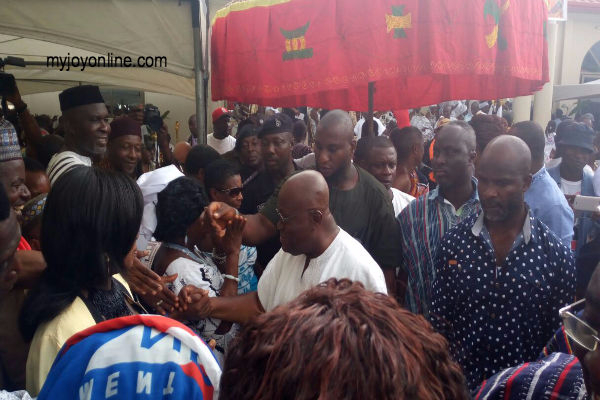 President Nana Akufo-Addo will from Monday embark on a 3-day tour of the Volta Region.

The tour of the Volta region from July  9-11, 2018 forms part of the President’s ongoing nationwide tour, which has seen him visit, so far, the Brong Ahafo and Western Regions.

Amongst others, he will be inspecting ongoing projects at the University of Health and Allied Sciences (UHAS).

Also, the President will be inspecting the construction of a youth development centre at Adaklu, visit the Hohoe-Jasikan stretch of the Eastern Corridor Road as well as cut the sod for an irrigation project at Torgome, in North Tongu.