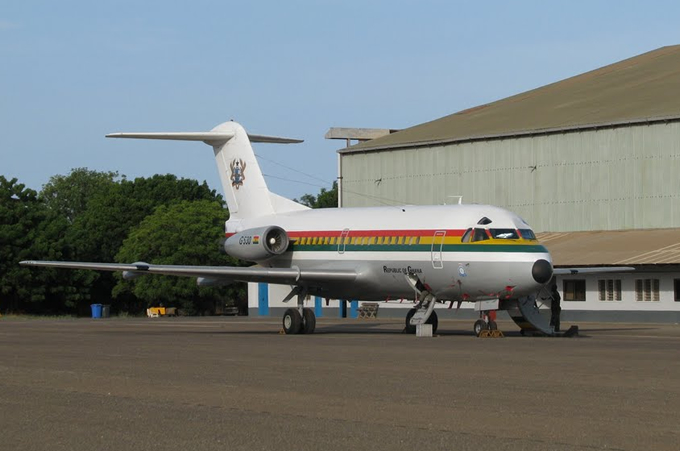 President Akufo-Addo and his delegation have escaped what could have been a fatal accident after the presidential jet malfunctioned midair last Saturday.

The President was returning to Ghana from the UN General Assembly in New York when one of the engines went off.

The incident happened 30 minutes after takeoff from Washington D.C. Saturday.

Sources say the aircraft had to fly around a number of times to burn fuel before being assisted to land.

Arrangements have however being made for the President and his delegation to return on a commercial flight.

The Falcon 900 which cost $37 million has had to make two emergency landings in the last eight years. In December 2010, the jet made an emergency landing on a Libyan airstrip en route to Burkina Faso.

It was carrying then-Vice President John Mahama, football legend Abedi Pele and businessman Alhaji Asuma Banda when a fault was detected in the engine.

In March 2015, friction between the wheels and the runway caused fire on the jet while it was attempting to take off to Malabo, Equatorial Guinea.

The Falcon 900 was purchased in July 2010 after the Mills administration said the Fokker 28 presidential jet, otherwise known as the “Flying Coffin” was too old to be useful to government.

But the Mills government was slammed by the opposition, NPP, for making a u-turn. While in opposition, the NDC had resisted moves by the then-NPP government to purchase the jet for President John Kufuor, insisting the economy was not in good shape for the comfort of a presidential jet.

But the Mills government would later go for a Brazilian credit facility to buy the 12-seater Falcon 900 and an Airbus for the military.