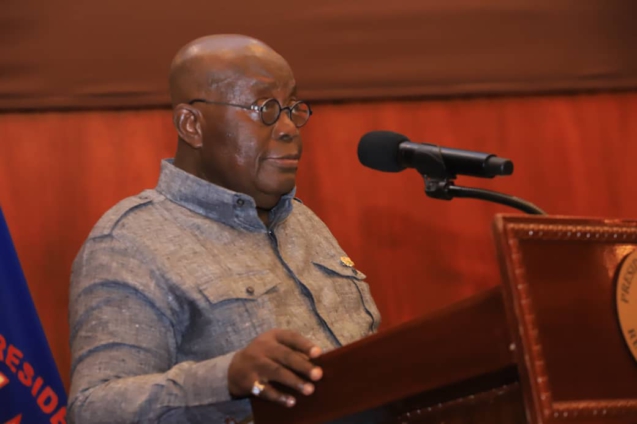 President Akufo-Addo has returned GHC237,974, being the salary increment granted to him from January to August, this year.

The funds, paid into the Pensions and Salaries Account of the Controller and Accountant – General’s Department, is in fulfilment of his pledge during this year’s May Day celebration, not to raise his salary, that of the Vice President, ministers and their deputies, and other government appointments.

The measure is to minimise the negative impact of the Covid-19 pandemic on Ghana’s public finance.

This was disclosed, in Accra, on Tuesday by Mr Eugene Arhin, Director of Communications at the Presidency, at the weekly Jubilee House Press briefing

Mr Arhin explained that when the President received his accrued salary for the period, he noticed that the directive to freeze increments on his pay for 2021 had not been enforced, thus, “leading by example” he wrote a check on September 2, 2021, to cover the increments on his salary to reflect the decision he took to reduce the stress on the public purse.

The salary increments were those proposed by the Professor  Yaa Ntiamoah-Baidu led Presidential Committee on Emoluments.

But the President had pledged to freeze salary increments for the Executive well before the Committee approved salary adjustments for Article 71 officeholders.

Mr Arhin said other appointees of State, including the Vice President, were all to refund the difference that they have received.He said the Chief of Staff, Madam Akosua Frema Osei-Opare had communicated that directive to all ministers, deputy ministers and staff at the Presidency.