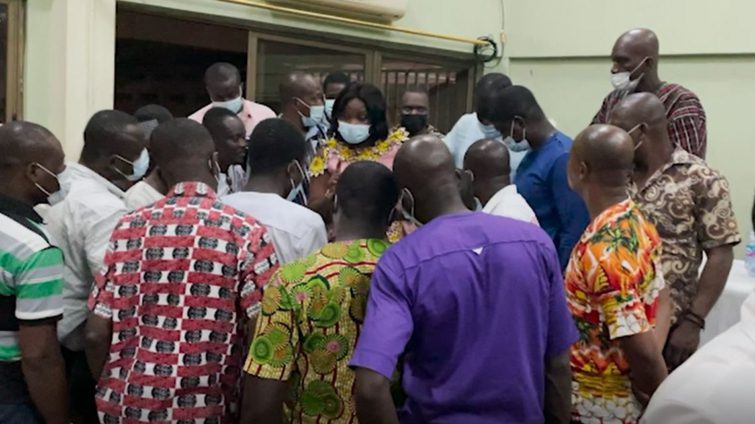 Mr. Arthur has, for the second time failed to secure two-thirds of the votes of the assembly to earn a confirmation.

Having failed the two-thirds test about a week ago, the expectation was that this time, he was going to secure 44 votes to make him sail through but that was never to happen. He was 4 votes shy this time around.

The regional minister had knelt down and begged in vain. Tensions began to rise and finger-pointing became the order of the day.

It was nearly 1:00 am and the assembly members and other interested parties were still at the Metro Assembly’s conference room following the process here.

Inside the assembly’s conference room and outside were over 200 weary pairs of eyes struggling to follow the process.
After Mr. Arthur’s second failure, it was announced that the president had renominated him.

Consultations began to enable them to vote for the second time the same day but that did not materialize as the process had to be adjourned to an appropriate period where another confirmation battle would begin.

A resident who observed the process started said, “what I want to tell the assembly members is that they shouldn’t allow the $100 ‘losing bonus’ paid to them to make them refuse to give Ernest Arthur the nod. If they fail a hundred times to confirm him, the president would renominate him a hundred times. If Akufo does not choose him as the MCE, we will not vote.”