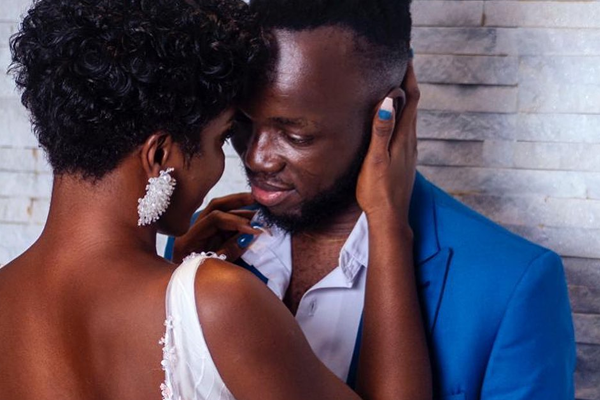 Singer and songwriter, Akwaboah, is out with a new song ‘Gangsta Love’, one of the songs on his upcoming album.

The video was directed by Rex and released on November 8 and has since garnered nearly 30,000 views.

It is currently among the trending videos on YouTube.

Before the release of the song, Akwaboah had posted a photo on his Instagram handle with the song title ‘Gangsta Love’ as a caption.

The photo had sparked controversy on whether the singer had gotten married or not.

Fans and some celebrity friends had rushed to the singer’s Instagram page to pour in congratulatory messages.

However, the singer came out, after the release of the video to reveal the photo was shared to hint fans about the upcoming video.

Akwaboah in this song plays the role of a heartbroken lover who is willing to take his lover even though she cheated on him.

However, he finds his lover at the altar ready to say her vows.

This scene hinted to many fans why the singer chose to post a photo of himself and a lady in a wedding gown.

The video was uploaded on Akwaboah’s YouTube handle. This has sparked rumours he may not be with the Sarkcess Music label anymore.

But Akwaboah in an interview with Andy Dosty on Daybreak Hitz on Hitz FM denied the rumours adding that anything of that nature would be communicated to the public by the team.

DISCLAIMER: The Views, Comments, Opinions, Contributions and Statements made by Readers and Contributors on this platform do not necessarily represent the views or policy of Multimedia Group Limited.
Tags:
Akwaboah
Gangsta Love