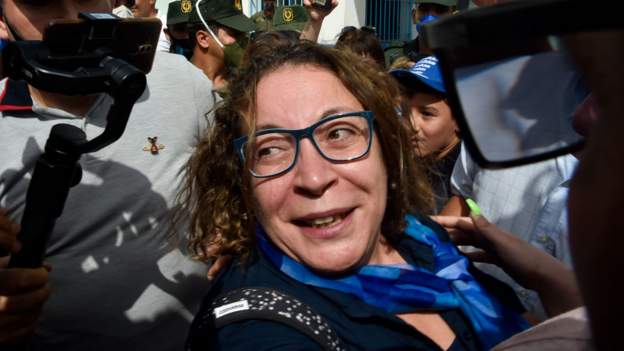 A member of the Hirak protest movement in Algeria has been sentenced to two years in prison for offending Islam and insulting the president.

Activists say that Amira Bouraoui has not been detained while she awaits an appeal against the sentence.

At least 70 people are reported to be currently held in jail in Algeria in connection with the mass protests against the authorities which unseated the former president, Abdelaziz Bouteflika, or other cases related to freedom of expression.