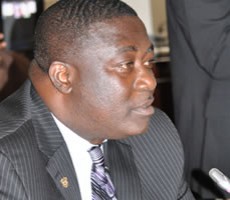 Incoming Greater Accra Minister, Nii Laryea Afotey Agbo says he will not allow any demolition exercise in the region without his approval.

He said any institution which intends to embark on any demolition exercise must justify it beyond reasonable doubt.

Afotey Agbo who begins work this week after he was reshuffled from the Volta region noted that only demolition exercise with his approval will be undertaken.

His comment comes in the wake of recent demolition exercise in Greater Accra which has rendered several people homeless.

The most controversial was a demolition by the Tema Development Corporation (TDC) at Adjei Kojo, a suburb in Tema where about 150 houses were pulled down.

Parliamentary Select Committee on Housing has begun investigations into the matter to establish the circumstances under which more than 150 homes were pulled by the TDC.

But in an interview with CitiFM, Nii Laryea Afotey Agbo said such exercises will not be undertaken under his administration.

According to him, he has issued instructions to District and Municipal Chief Executives in Greater Accra to consult his office before giving permit to anyone.

“I have so much love for people but that does not mean I should allow people to misbehave” he stressed.

Nii Laryea Afotey Agbo said as Greater Accra Minister, “I will do things in a way that many people will be happy with my leadership”.