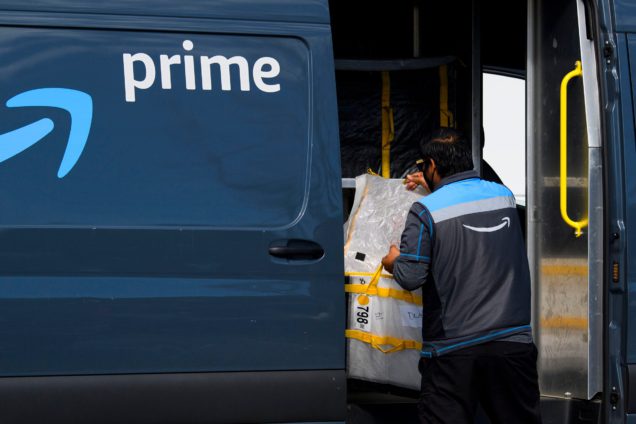 A law firm has launched a claim on behalf of Amazon delivery drivers over their employment rights that it says could result in millions of pounds in compensation.

Leigh Day says that drivers employed via third-party “delivery service partners” are classified as self-employed, meaning they do not benefit from rights such as holiday pay and the minimum wage.

It argues that “because of the way Amazon dictates drivers’ work and how they fit into the business”, they are entitled to these rights.

The law firm is launching a “no win, no fee” action against the online retail giant and believes at least 3,000 workers could be able to claim if they join the action.

Two drivers have signed up so far.

Lawyers estimate the action could mean an average of £10,500 in compensation for each year a driver has worked for the company and a total bill of £140m.

“This is disgraceful behaviour from a company that makes billions of pounds a year.

“Drivers delivering for Amazon have to work set shifts and book time off, yet Amazon claim they are self-employed.”

An Amazon spokesman said: “We’re hugely proud of the drivers who work with our partners across the country, getting our customers what they want, when they want, wherever they are.

“We are committed to ensuring these drivers are fairly compensated by the delivery companies they work with and are treated with respect, and this is reflected by the positive feedback we hear from drivers every day.”