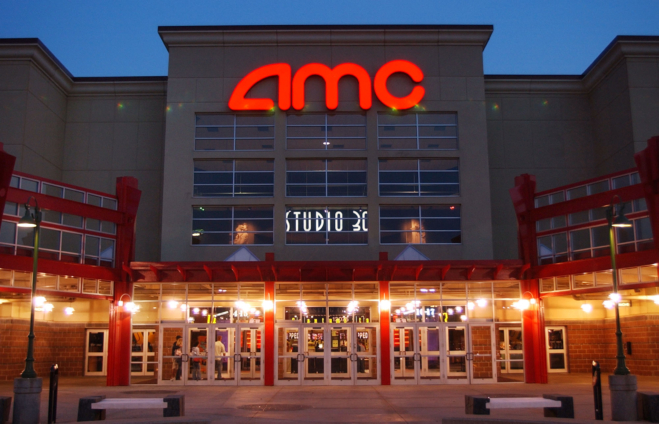 Mandatory Credit: Photo by Orlin Wagner/AP/REX/Shutterstock (5768491a) People enter AMC's Studio 30 theater AMC Theatres Odeon and UCI, Olathe, Kansas, USA - 11 May 2005 AMC Theatres is buying European movie theater operator Odeon & UCI Cinemas Group in a deal valued at about 921 million pounds ($1.21 billion). AMC says, Tuesday, July 12, 2016, that the transaction will make it the biggest movie theater operator in the world. Odeon & UCI has 242 theaters in Europe. The deal will give AMC a total of 627 theaters in eight countries.

Illustrating how dire the situation is for the movie theater industry, the world’s largest theater chain could run out of money by the end of the year.

AMC Theatres said Tuesday that its existing cash resources would be “largely depleted” by the end of 2020 or early 2021 because of the “reduced movie slate for the fourth quarter,” as well as “the absence of significant increases in attendance from current levels.”

The company said it has two ways out of its cash crisis: Either more customers need to buy tickets, or it will have to find new ways to borrow money.

Getting butts in seats has proven a major challenge. As of October 9, AMC reopened 494 of its nearly 600 US theaters at a seating capacity between 20% and 40%.

But AMC (AMC) isn’t filling the limited seats it’s offering: Since the US theatrical market reopened in the late summer, it has served more than 2.2 million guests.

That represents an attendance decline of 85% compared to last year.

Boosting liquidity won’t be easy without a return to business-as-usual. It’s exploring additional debt financing, renegotiations with landlords, and even potential sales of assets. But AMC threw cold water on those options.

“There is a significant risk that these potential sources of liquidity will not be realized or that they will be insufficient to generate the material amounts of additional liquidity that would be required until the company is able to achieve more normalised levels of operating revenues,” AMC said.

The news of AMC’s cash crunch comes as the movie theater industry is struggling to survive during the pandemic.

Cineworld Group, the owner of Regal Cinemas, said last week it would suspend operations at all of its theaters in the United States and the United Kingdom as cases continue to spread. And the US box office has seen anemic returns, which led to studios deciding to delay major films.

Films like Marvel’s “Black Widow” and the new James Bond title “No Time to Die” have been pushed to next year while Pixar’s “Soul” has been pulled from theaters entirely to debut on Disney’s streaming service, Disney+.

Since shutting their doors in March, theaters have tried to reopen and do so with health measures to help curb the virus’s spread. Yet, the industry hasn’t been able to get back on its feet.

Despite these challenges, AMC has said it will remain open. However, after Tuesday’s filing, we now know that it can likely only do so for a few more months.