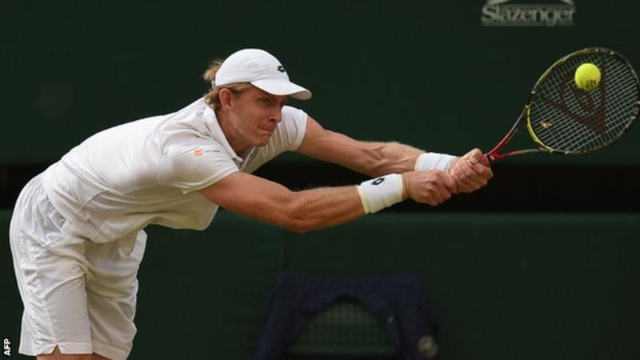 The final set alone lasted for two hours and 50 minutes.

Anderson, 32, will face either Rafael Nadal or Novak Djokovic in Sunday's final.

The match duration beats the 2012 third-round epic at Wimbledon between Marin Cilic and Sam Querrey – which lasted five hours and 31 minutes – and also smashed the previous record for the longest semi-final at SW19, when Djokovic needed four hours and 44 minutes to beat Juan Martin del Potro in 2013.

It is the third-longest match in tennis history, falling short of the 11 hours and five minutes that it took for Isner to beat France's Nicolas Mahut 70-68 in the fifth set in their first-round match at Wimbledon in 2010.

The match was also just shorter than a Davis Cup first-round match between Argentina's Leonardo Mayer and Brazil's Joao Souza, which went on for six hours and 43 minutes in 2015r.

Anderson, who was runner-up to Nadal in last year's US Open final, becomes the first South African man to reach the Wimbledon decider since Brian Norton in 1921.

He finally broke the 33-year-old American in the 49th game of the decider after coming close in a couple of earlier games and looked impassive as he held his nerve to secure victory.