Andre Ayew admits Milo was right to bench him for Zimbabwe game - MyJoyOnline.com 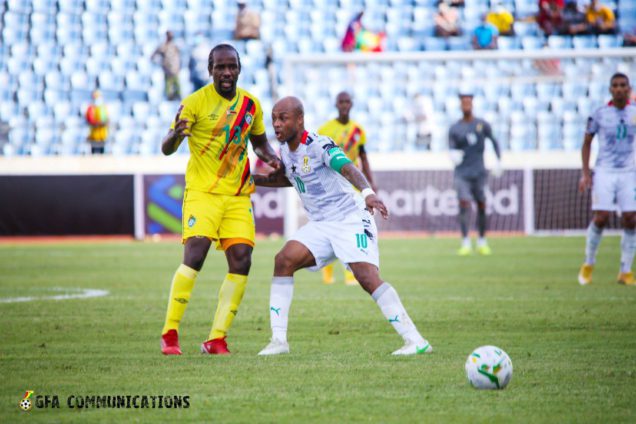 The 31-year-old scored in the reverse fixture but had to settle for a cameo appearance after being subbed on in the dying minutes of the game.

Thomas Partey, who was handed the armband in place of Andre, scored the winning goal of the game for Ghana.

Ayew was the first to admit that at the end of the day, the three points were the most important.

“It was not an easy time and game for me and the other players but we are in a period where I have to be there for the team and every point is important but there are sometimes you have to think about the collective,” Ayew said in a post match press conference.

The Al Sadd foward, who has scored four goals this season, hinted at a possible injury which led Milovan Rajevac to not start him.

“I think the boss did the right thing [by benching me in the game]. We spoke about the injury I was nursing and decided not to take any risks so I’m just so happy that we have the points.”

The victory in Harare keeps the Black Stars in second place with nine points. Two wins for Rajevac’s men will see them qualify to the playoff round of the World Cup qualifiers.

“I hope that we will continue like this against Ethiopia and the other game [against South Africa] and I believe victory will be ours. Ghana will surely qualify for the World Cup,” the former Swansea player added.