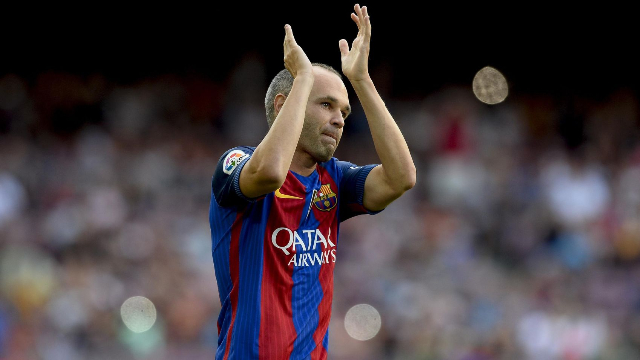 Andres Iniesta could return for Barcelona to face Clasico rivals Real Madrid at the Camp Nou on Saturday.

The midfielder, 32, has been missing since straining knee ligaments in the 2-1 win at Valencia on October 22.

The World Cup winner's return would be a major boost to Barcelona coach Luis Enrique, whose side are six points behind the Liga leaders as they bid to end Madrid's 31-game unbeaten run.

"I'm hopeful of having him available," said Enrique.

Barca have dropped four points in their past two matches. They were held to a 0-0 draw by nine-man Malaga and a 1-1 draw by Real Sociedad at the weekend.

Iniesta has played in an astonishing 33 El Clasico matches, the most of any player involved at the weekend, ahead of team-mate Lionel Messi and Real Madrid's Sergio Ramos, who have both turned out in 32.