Another dead body found at Kotito 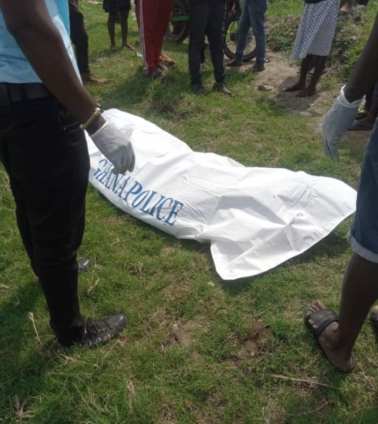 A man in his late 30s has been found dead at Kotito, a farming community near Damongo in the West Gonja municipality of the Savannah Region.

According to JoyNews correspondent, Isaac Nongya, the Savannah Regional Police Command has ordered for the deceased to be buried.

This is to rid the area of the stench as community members say the deceased may have passed away a week or two ago.

The Assemblyman for Kotitor Electoral Area, Seidu Fuseini lodged a complaint with the Damongo Police after being informed of the incident by some residents.

Some eyewitnesses who spoke to JoyNews said their attention was drawn to the dead man through the strong stench his body produced.

“Look, it was even lying very far away from our town but because it was smelling and animals running in and out, we followed up and later reported to the Assemblyman.”

This incident brings the number of unidentified corpses found in the West Gonja Municipality in September to two.

The first was at Frafra No.6, where a middle-aged man was allegedly washed away by heavy rains and was later found near a stream.

Meanwhile, the Savannah Regional Public Relations Officer of the Ghana Police, Inspector Adjei Adjeikum has said his outfit has taken over the case for proper investigation.

“For now, there is no clue as to the cause of death and also, no identification as to who he is or where he comes from”, he said.