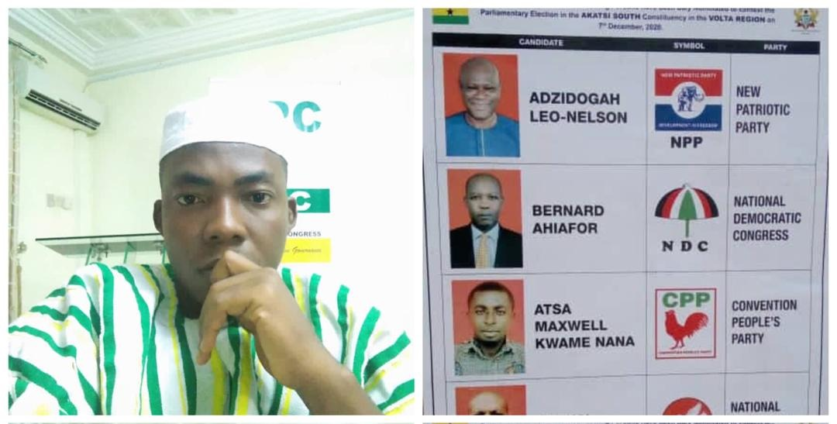 The All People’s Congress (APC) representative for Akatsi South, Donald Brown Dzamesi has been disqualified from the Parliamentary race.

This leaves the Akatsi South Parliamentary seat to four contestants for the December polls.

The Akatsi South District Returning Officer of the Electoral Commission, Joseph Fleagbo explained to the Ghana News Agency (GNA) that Mr Dzamesi’s disqualification was attributed to the inability to settle the financial requirements by candidates by the EC.

He, however, stated that the remaining four aspirants had been cleared to continue to campaign for the Akatsi South Seat.

The rest are, Leo Nelson Adzidogah, District Chief Executive (DCE) for Akatsi South, who is standing on the ticket of the New Patriotic Party(NPP), Maxwell Atsah Kwame Nana of the Convention People’s Party (CPP) and Sanusi Murana of the National Democratic Party (NDP).

Mr Dzamesi, a 30-year-old private security officer told the GNA his disqualification would not affect the party’s campaign.

The GNA observed that both the NPP and the NDC were actively campaigning to win over the electorates in the Constituency.

On the other hand, the CPP and the NDP aspirants had adopted the house to house approach.