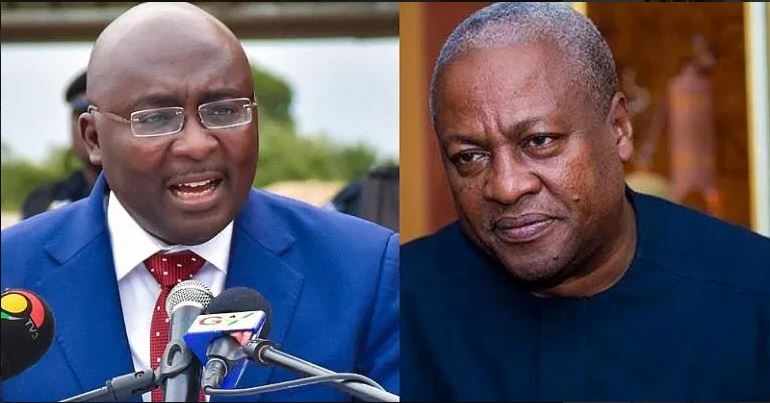 The Vice President, Dr. Mahamudu Bawumia has called on former President John Dramani Mahama to apologise to the people of Akyem for allegedly describing them as “Akyem Sakawa Mafias”.

This, according to him, is because it is unacceptable for the former President to lump a whole tribe with one negative description.

Addressing a durbar of chiefs and people of Gushegu, Dr. Bawumia said Mr. Mahama who is also the flagbearer of the opposition NDC, cannot win an election based on insults and tribal division.

Mr. Bawumia’s comment follows claims by President Akufo-Addo that his predecessor has endorsed a post by Member of Parliament for Bolgatanga Central, Isaac Adongo describing people in his government as ‘Akyem Sakawa Mafias’ who are looting the state.

Responding to the NPP’s flagbearer, the former President said attempts by President Akufo-Addo to campaign on ethnic lines by accusing him of insulting people from the Akyem tribe will not wash.

This, he said is because he will be the last person to disparage any ethnic group.

But wading into the issue, Mr. Bawumia argued that although President Akufo-Addo is an Akyem, he is working together with others to restore peace in Dagbon; a fate he said Mr. Mahama and the NDC could not achieve while in power.

He, therefore, urged Ghanaians to vote massively for Akufo-Addo, who he described as a unifier.

On his part, the Chief of Gushegu, Abdulai Mahamudu Shitobu said the people of Dagbon will forever be grateful to Akufo-Addo for restoring peace after 16 years of conflict.

He stressed that the current peace has brought development to the area.

Naa Shitobu said, there is a need for the people to unite and continue to live in peace to enable them to enjoy more development.