App lets you speed-read ‘Harry Potter’ in an hour 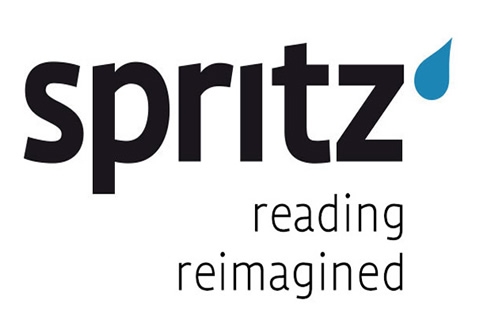 Social media and tech blogs have been ablaze with hype about a new speed-reading technology called Spritz.

Instead of showing you lines of text the way we're all accustomed to, Spritz shows you the words one at a time — at rapid-fire speeds.

The app lets you set the speed between 250 words per minute and 1000 wpm. At the top speed, a reader could speed through the first Harry Potter novel in just over an hour.

When we read, our eyes normally have to send time moving from word to word — line to line. With Spritz your eyes don't have to waste any time moving – the screen shows all the words in nearly the exact same place, one after another.

I took Spritz for a spin around Manhattan with my iPad and asked New Yorkers to try it out. The reaction was mixed.

"I'm actually kind of amazed that I can read that fast," one person told me.

Another woman looked a little dazed as she stared at Spritz. "I'm feeling a little nauseous," she said laughingly.

Experts are critical of this method of speed-reading, dubbed Rapid Serial Visual Presentation, or RSVP. They say this has been tried and studied before, and what you gain in speed with RSVP, you lose in understanding and retention.

"If played at very high speeds, around 300 to 500 wpm, this is going to produce problems in comprehension," according to Michael Masson, a psychologist at the University of Victoria who has has carried out studies on RSVP. "The difficulty is it's not just the rate at which we see words, but it also takes time for us to comprehend what those words mean once we start putting them together."

There are other speed-reading apps with similar technology to Spritz on the market, including Velocity for iOS and Spreeder. Spritz believes its advantage over these other companies is the way its technology aligns the words: each one with a letter in red. Spritz says this gives the eyes a point to focus on and "triggers the brain to recognize the word and process its meaning."

Even with that red focal point, speed-reading experts remain skeptical of Spritz.

"There's still going to be the limited factor of the time that we need to form meaningful ideas out of a sequence of words," Masson said.

There is no stand-alone Spritz app yet, but Samsung's latest Galaxy S5 smartphone and Gear 2 smartwatch come with Spritz' technology pre-installed to read emails.

Spritz plans to license the technology to online newspapers and ereaders. It's free on Samsung for now, but eventually, Spritz might charge users a subscription fee.

"Eventually there will be a nominal fee to use Spritz app, sort of like WhatsApp," said Frank Waldman, Spritz's CEO. "It starts out as a free app — what we're more focused on is just getting people reading this way."

If you Spritzers really can get up to 1,000 words per minute, War and Peace might take just a day to read. Whether they'll remember anything they just read is another question.