In a TV address, she said she would draft a bill to set up a new body.

Ms Fernandez said the intelligence services had kept much of the same structure they had during the military government, which ended in 1983.

The move comes after the mysterious death of prosecutor Alberto Nisman – hours before he had been due to testify against senior government officials.

He had been investigating the bombing of a Jewish centre in the capital in 1994 which left 85 people dead.

Mr Nisman, 51, had accused several senior government figures – including President Kirchner and Foreign Minister Hector Timerman – of involvement in a plot to cover up Iran's alleged role in the bombing.

"I have prepared a bill to reform the intelligence service," President Fernandez said, adding that she wanted the proposal to be discussed at an urgent session of Congress. 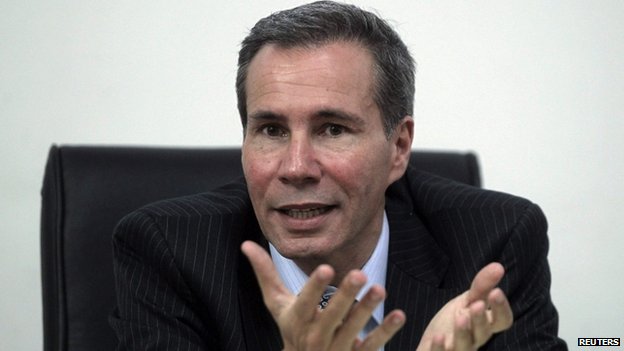 "The plan is to dissolve the Intelligence Secretariat and create a Federal Intelligence Agency," she said that a new leadership should be chosen by a president but would be subject to a Senate approval.

"Combating impunity has been a priority of my government," she added.

Mr Nisman was found dead on 18 January in his flat in Buenos Aires. A gun was also discovered there.

Investigators initially said they believed he had committed suicide, but later said they could not rule out homicide or "induced suicide".

Ms Fernandez has said she is convinced Mr Nisman's death death was not suicide.