Arrest of journalists: Leave the ‘big men’ to fight their battles – Prof Kweku Asare to Police 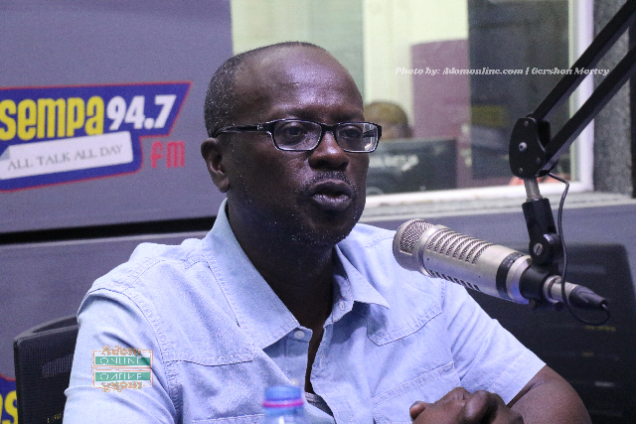 D&D Fellow in Public Law and Justice at CDD-Ghana, Professor Kweku Asare has cautioned the Police against arresting individuals for making defamatory statements about “big men” in the country.

According to him, when people are defamed in the country, they have options available to them to remedy the situation, including filing a civil suit in court against the person who made such comments.

Speaking on The Law, on Sunday, Prof. Asare said that “we are not against limitations of speech, we are against impermissible and unjustifiable limitations on speech such as the misapplication of Section 208 to bring criminal charges against journalists who have made false statements about so-called big men.”

“The so-called big men have all kinds of remedies open to them. They can go to the NMC and file a complaint, they can trigger their right to a rejoinder, they can go to civil courts and seek relief by way of the court, and so on, he noted.

He stated that the Police misapply Section 208 of the Criminal code when they arrest individuals because they supposedly are inducing fear and panic in the public.

“This is not the reason why we have Section 208. We have that to prevent situations like we witnessed in 2010 when someone sent a text message that there is going to be an earthquake and you have people actually running to sleep on the street,” he stated.

Prof. Asare noted that the “big men” defamed with all available avenues presented to them, can ensure their names are cleared without involving the state.

“So there is no reason for the state itself to invest resources going after people who have said unpleasant or defamatory things about ‘big men’, let the ‘big men’ themselves resolve that,” he said.

His comment comes after the Ghana Police Service arrested and charged four Ghanaians for publication of false news and offensive conduct conducive to breaches of the peace in the period of two months.

An Accra FM presenter, Kwabena Bobie Ansah was also picked up by the police after his evening programme on February 10, 2022. He was also charged with the publication of false news and offensive conduct but was later granted a GH¢50,000 bail by the Kaneshie District Court.

The Bono Regional Chairman of the New Patriotic Party, Kwame Baffoe, also known as Abronye DC, was also arrested and charged for publication of false news and offensive conduct.

These arrests have engendered mixed reactions. Some people who approve of the arrests say it is a way to ensure others are careful about the information they share.

However, the majority of people are worried about the arrests. They believe these arrests smack of a reintroduction of the repealed criminal libel law back into society.

Meanwhile, Prof. Asare believes that the repealed criminal libel law, clearly differs from Sections 207 and 208 of the Criminal Code, however the Police are misapplying the latter.

“So, I have no problem with Section 208 and 207 as written, but as the Police are currently applying it, I have a problem because it is a back-door introduction of the criminal libel,” he added.

“In that marketplace of ideas, rational people can distinguish propaganda from the truth,” he said.