Asamoah Gyan limps out of training ahead of Egypt clash 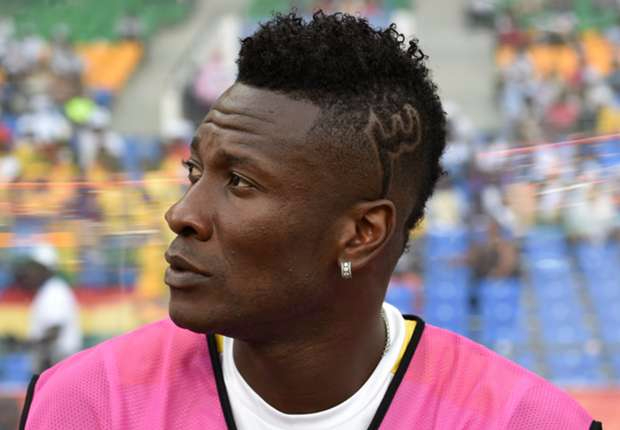 The captain is struggling for fitness ahead of the Black Stars clash with the Pharaohs and may be forced to watch from the sidelines on Sunday.

The Kayserispor striker left training early and will travel to Accra on Thursday to undergo further test to ascertain the severity of the injury.

Gyan, who failed to make the trip to Kampala for the penultimate qualifier against Uganda last month, is now a major doubt for the dead-rubber clash at the Cape Coast stadium.

Ghana captain Asamoah Gyan pulled out of Black Stars training this evening in Cape Coast with what looked like a thigh injury. He will undergo tests in Accra tomorrow to determine the extent of injury. pic.twitter.com/0bqbcJlxWv

With the group already decided and Ghana missing out on the World Cup, coach Kwesi Appiah may not risk his star striker even if he recovers in time.

Also, fears over Christian Atsu's fitness intensified on Wednesday as the winger failed to complete a second successive training session.

#Ghana midfielder Christian Atsu withdrew from today's in Cape Coast with a thigh complaint. #BlackStars doctors will continue to assess him ahead of Sunday's World Cup qualifier against #Egypt @NUFC pic.twitter.com/GoOeeJtyDi

The Black Stars will take on the Pharaohs with nothing at stake after the North African secured qualification to the global showpiece last month.