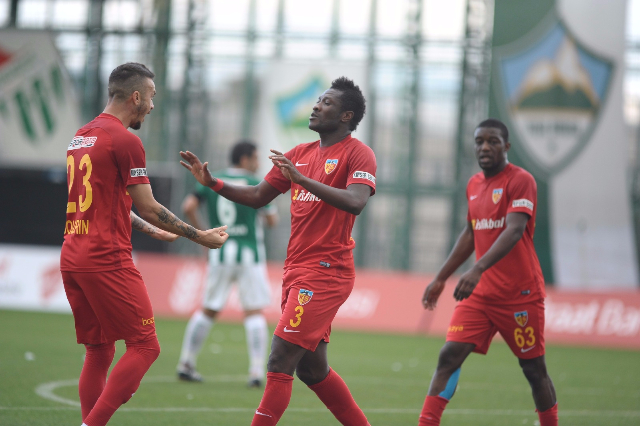 Ghana captain Asamoah Gyan netted his second goal of the season as Kayserispor progressed to the next stage of Turkish Cup.

Kayserispor booked their place in the round 16 following a hard-fought 2-1 win over YeÅŸil.

Gyan opened the scoring for Kayserispor on 44 minutes with a stunning finish but YeÅŸil equalised in the second half through Kadir Turhan.

However, Türüç popped up to score four minutes into injury-time to hand Kayserispor the all-important win.

Gyan is finding his scoring touch after struggling with injuries since joining the European club from Chinese outfit Shanghai SIPG.

The former Sunderland hitman has played only three matches in the Turkish Super Liq, managing full throttle against lower side Van BüyükÅŸehir Belediyesporin.

The prolific striker has given his career a lift-off – by launching his own AIRLINE.

He has been given the OK to set up the airline, which will bear his nickname 'Baby Jet.'

Watch the goal below