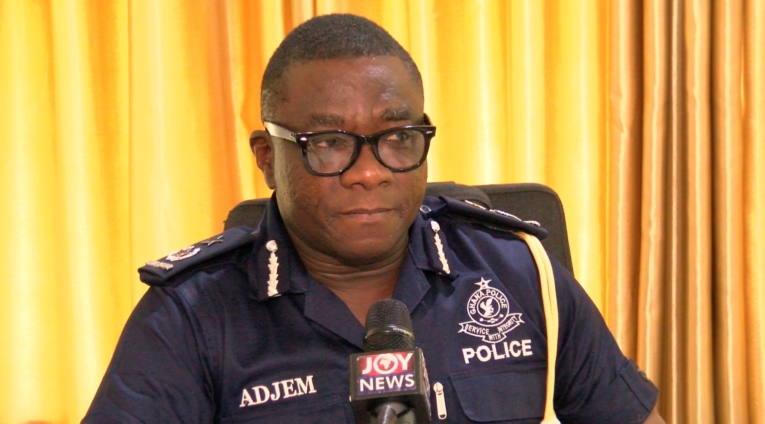 Despite what appears to be upsurge in violent crimes, the Police Command in Ashanti region is patting itself on the back for achievements in crime combat.

Command officials are happy at the gains made in respect of arrests and prosecution of suspected criminals who have been terrorizing residents in the region.

Ashanti Regional Deputy Police Commander, DCOP David Agyemang Adjem who catalogued arrests made in significant criminal cases said efforts of the Police have yielded positive results as the region recorded a decline in crime rate since the beginning of 2020.

“Last year and this year to be precise, the crime situation is not as bad as it used to be if you compare the statistics. The only difference is that there are a few but violent, very violent crimes that are happening,” he stated.

Ashanti region has recorded two bullion van attacks this year, leading to the death of a cashier and a Police officer. General Lance Corporal Martin Baba, escorting a van transporting cash from the Dunkwa-On-Offin to the New Edubiase branch of the Ghana Commercial Bank, was killed by a gang.

Police say the gang was led by trigger-happy 22-year-old Senior High School graduate, John Appiah also known as Omega, who is still on the run.

Seven suspected members of his gang have since been arrested.

A cashier with an unnamed bank was also killed by robbers wielding AK-47 and pump-action guns at Manso Mim in the Amansie South district.

The robbers who struck in broad daylight also shot two Police officers and the driver of a bullion van.

Attacks on mobile money vendors in broad daylight at Buokrom Estate Junction and Bantama as well as the killing of the wife of a GNPC boss’ driver are among recent security concerns of residents.

But despite these violent crimes, police say murder and robbery are on a decline.

Though 2021 figures are not yet readily available, Ashanti Regional Deputy Police Commander, DCOP David Agyemang Adjem said there is no cause for alarm.

There are also concerns over unresolved crimes in the region.

DCOP Agyemang Adjem noted that the Police investigators employ traditional and modern, including forensic, strategies to apprehend and prosecute culprits.

“We have done very well at almost all of them (cases) .With the Buokrom case, there are five people in custody. With the bullion van incident in which a Police officer died, we also have 6 or 7 people in custody; there is one person who is still at large and we are looking for. With the Bantama case, we have recently had information that one person has been arrested in Accra and we are sending persons to go and bring him.

No case is left to die. There’s no closure on any case unless the matter has been sent to court and dealt with.”

The Ashanti Police in recent times has increased visibility in the various communities.

DCOP Agyemang Adjem indicated that this forms part of efforts to strengthen preventive policing and consolidate the gains made so far.