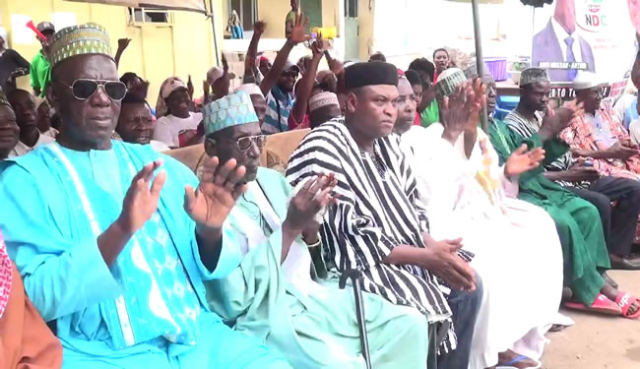 Zongo chiefs in two Ashanti regional constituencies have declared their support for President Mahama ahead of the December 7 2016 presidential elections.

The chiefs in the Atwima Nwabiagya South and North constituencies say they have been compelled by developments in their respective areas to throw their support for President Mahama and the party’s parliamentary candidates.

They made the declaration at a mini-rally organized to welcome the Chief of Staff, Julius Debrah for his five-day campaign tour of the Ashanti region.

At least, ten of the chiefs attended the rally. Spokesperson of the chiefs Alhaji Nuhu Alhassan Dicko first catalogued achievements of the NDC administration in Zongo communities in the two constituencies.

The unprecedented projects, according to him include school projects at Amadum-Adankwame and Akropong, toilet facilities at Barekese and award of scholarships for fifteen brilliant but needy students in senior high schools.