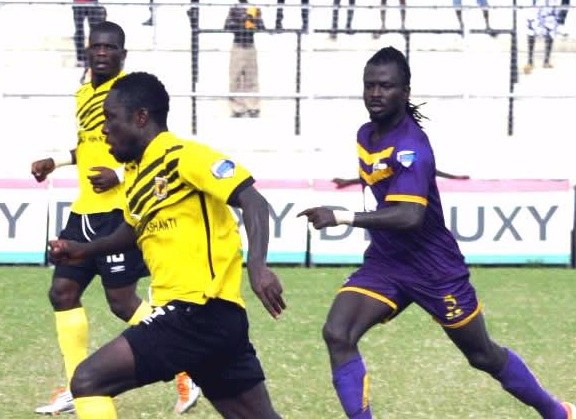 WHEN IS THE MATCH?

WHERE IS THE MATCH BEING PLAYED?

WHY IS IT WORTH FOLLOWING?

Sunday’s game will officially usher in the new Ghana season after months of delay. More importantly both teams will be representing Ghana in this year’s continental competitions. While Ashantigold do battle in the CAF Champions League, Medeama will be representing Ghana in the CAF Confederations Cup. For Ashantigold especially, they begin their campaign next week against Algerian side MO Bejaia and will use the Super Cup as a perfect dress rehearsal for the Valentine’s Day clash. Both teams will parade their best available teams including their new signings for the upcoming season.

HOW DID THEY GET HERE?
Ashantigold enter this game as league champions after an impressive 2014/2015 campaign. The Miners raced into a flying lead in the league and were heads and shoulders above all teams. Despite taking their feet off the peddle at the latter stages of the campaign, the Miners still had enough to power them to the title to end their 19 year wait for another league title. Guided by the Premier League coach of the year Bashir Hayford and player of the year Eric Opoku, the Miners conquered the league with a game to spare. 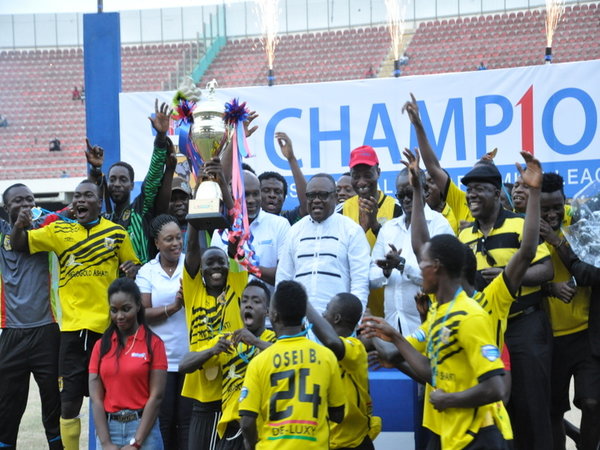 Medeama on the other hand enter as cup winners after claiming their second cup in three years. The Tarkwa side are fast becoming giant killers after seeing off traditional giants Hearts of Oak and Kotoko in the semifinal and final respectively. Tom Strand’s side began the competition on a sluggish note only needing penalty shootouts to overcome lower division sides but a quarterfinal win over WAFA in Tarkwa kick started their campaign and there was no turning back afterwards. The Yellow and Mauves were led to victory by player of the tournament Kwasi Donsu and coach of the tournament Tom Strand.

Coach Bashir Hayford will have a full team to choose from as he looks to chooses his best eleven. Goalkeepers Fatau Dauda and Robert Dabuo will certainly give Hayford a selection headache. In defence, Augustine Sefa and Nti Mensah will battle for the starting berth at right full back while Hudu Yakubu and Joshua Tijani battle it out for a place on the left. Captain Eric Opoku and Joseph Ato Bissah are set to continue their midfield partnership with new signing Alhassan Nuhu set for a bench role. New signings Fredric Quayson and Nuhu Fuseini are all fit and will be hoping to force their way into Hayford’s plan. New signing Isaac Amoah has been impressive in preseason and will also be pushing hard for a starting berth. However, old boy Emmanuel Osei is expected to get the nod upfront. Tom Strand will have a more settled team to choose from after few departures and arrivals in his team. Defender Evans Quao has left for Kotoko and has been replaced by experienced Paul Aidoo. Former New Edubiase striker Bernard Ofori has been bought to fill the void left by Nathaniel Asamoah. Rugged midfielder Malik Akowuah is expected to hold things up in midfield alongside Eric Kwakwa to allow the enterprising Benjamin Bature, Kwasi Donsu and Kwame Boahene weave their magic upfront. 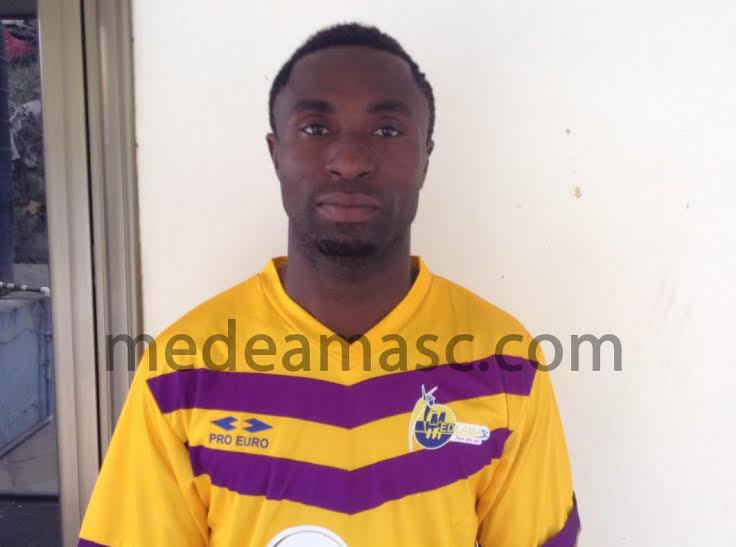 Hayford:  “It is a very good opportunity because everybody knows we haven’t started the league. Bejaia have won about six matches and they are not bad at all. They are really in competition. We’ve been looking for opportunities and we had the G6.Sometimes you can play a lower club but you cannot get what you want. Being a club also preparing for Africa, I think it is going to be a nice game and it will be a good opportunity for us to see how prepared we are to face the Algerians.”

Strand: “We are going to play against one of the best clubs in Ghana. They are very organized and have a very experienced and professional area handling their football. I know we are going to win because we have beaten them more than they have beaten us.So in the end it will be a great and fantastic game. One of the best.”

•    This will be the first meeting between both sides in the Super Cup.

•    Ashantigold will be playing in their first ever Super Cup game.

•    Ashgold’s defeat in Tarkwa was their first defeat of the league season.