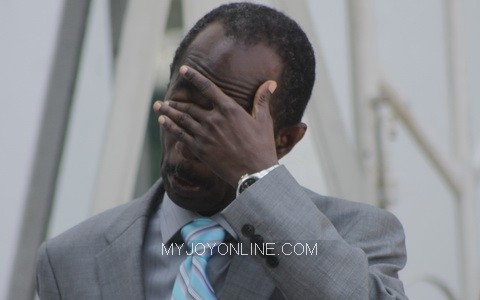 General Secretary of the National Democratic Congress (NDC), Johnson Asiedu Nketia has explained that his inability to wish former President Kufuor a happy birthday was because his mobile phone has been stolen.

The robbery, the NDC political strategist revealed on Ekosii sen Monday occurred during the one-week celebration of the passage of his late sister in his home at Seikwa in the Brong Ahafo Region.

The robbery, the man affably referred to as ‘General Mosquito’ said took place after he lost control of himself and became unaware of his surroundings, let alone control his properties.

He lamented the lose of the contacts of various high profile personalities including former President John Agyekum Kufour and accounted for the reason, he could not place a telephone call to the former first gentleman of the land to wish him well when he celebrated his 76th birthday  last Monday.

Mr. Asiedu Nketia further attributed the robbery to carelessness arousing from intoxification which made him lose sight of his mobile phone.

“…you know it was one of those sad moments and as usual, I was in ‘high spirits’, so by the time I returned to normalcy, one of the numerous persons gathered in my home had taken the phone away…I have not seen it till date…,” he added.

The NDC General Secretary said losing his mobile phone is a frequent occurrence.