At least 13 killed in college shooting in Oregon

At least 13 people have been killed in a shooting at Umpqua Community College in the US state of Oregon.

The 20-year-old gunman died after exchanging fire with police officers inside a classroom about 10:30 local time (18:30 BST), officials said.

In audio from police radio channels an officer can be heard saying the suspect was down and that there were "multiple gunshot wounds" and calling for multiple ambulances to the scene.

A White House official said President Barack Obama was briefed on the situation and will continues to receive updates.

FBI agents are on the scene at the college and more are on their way from across Oregon, FBI Portland Field Office spokesperson Beth Steele told the BBC. 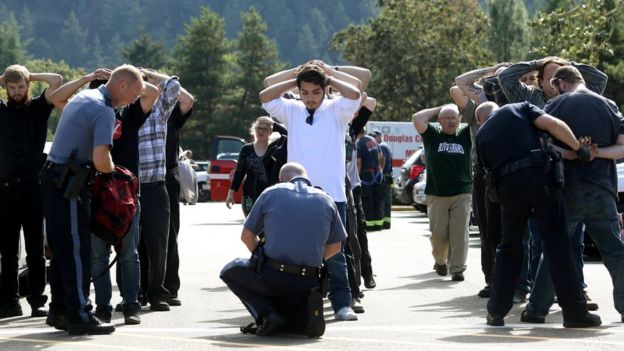 Police searched students and their bags after the shooting 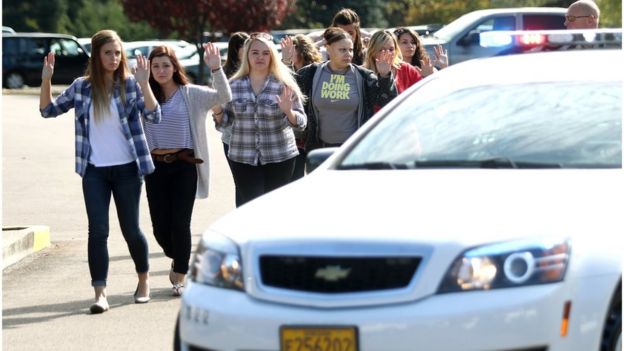 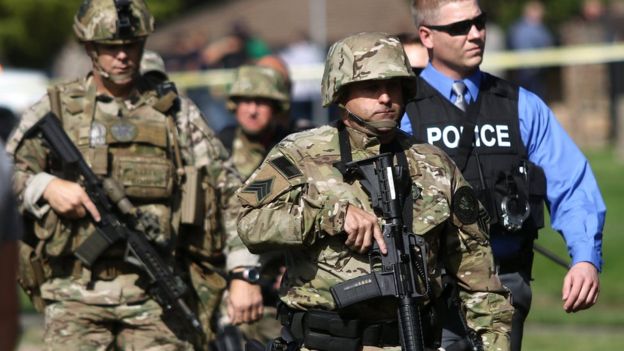 Marilyn Kittelman, the mother of a student at the college, told CNN her son said he heard no sound from the "30 some shots", suggesting a suppressor may have been used on the gun, despite there not being an official count of those shot yet.

Students were transported by bus to a local fairground to be reunited with their loved ones.

According to Umpqua Community College's website, the average age of students is about 38. The college is 58% female and 42% male.

The two-year college is made up of about 16 buildings on 100 acres of land along the Umpqua River.

Sheriff Hanlin said the school is the only place of higher education in Douglas County and that both young people and adults seeking continuing education attend the school.

A former president of the school, Joe Olson, said the school has no formal security staff, and that there was debate over whether to have armed security guards on campus last year.