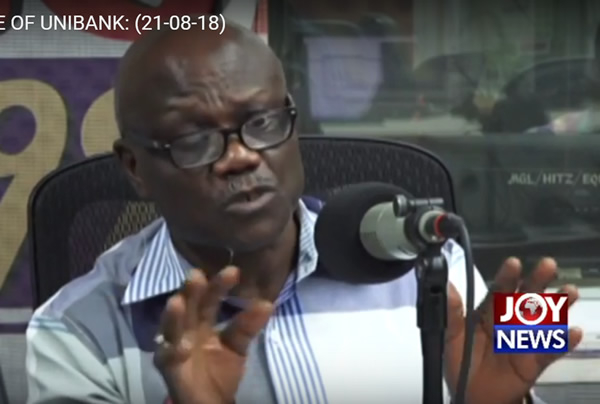 The Bank of Ghana (BoG) has been faulted for disrespecting shareholders when it announced the dissolution of uniBank, a former board member has criticized.

Professor Newman Kusi said shareholders should have been given the opportunity to save the bank after the central bank found it had become insolvent.

The bank's shareholders could have bought additional shares as a way of recapitalising the bank but were denied this option.

According to him, the dissolution of the indigenous bank amounts to an expropriation of private assets.

But speaking on Joy FM's Super Morning Show, Prof. Kusi said he was hurt by the failure of the central bank to inform the shareholders before going public with the August 1 announcement to revoke the bank's licence.

Listen to the audio