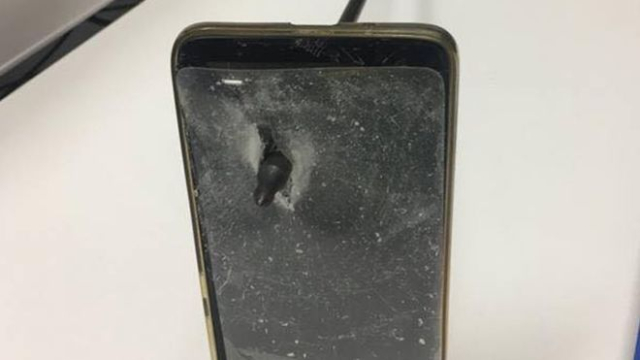 Mobile phones truly can be life savers – especially, it seems, when an arrow is hurtling towards you.

That was the case for a 43-year-old man in Australia who came under attack by another man, according to police.

The incident began when the attacker, carrying a bow and arrow, confronted the man outside his house, police said.

The arrow was allegedly fired after the resident raised his phone to photograph the confrontation – only for the device to become an unlikely shield.

Police said the arrow pierced the victim's phone, knocking it back into his face. He suffered a small cut but was otherwise unhurt. 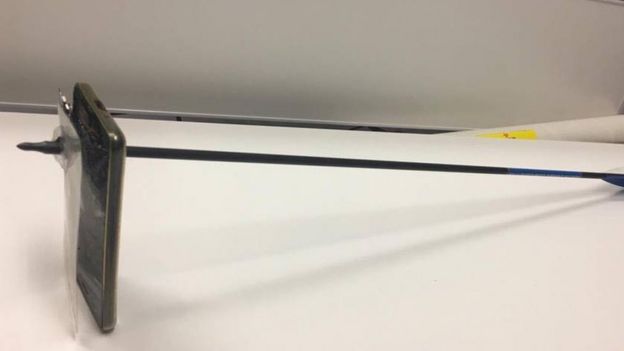 The alleged attacker has been charged by police

The armed man, 39, was later arrested at the scene.

Police said the incident happened in the New South Wales town of Nimbin, about 180km (110 miles) south of Brisbane, on Wednesday.

The pair were known to each other, police said. They did not give further details.

The 39-year-old man was charged with assault and property damage offences, and will face a court next month.