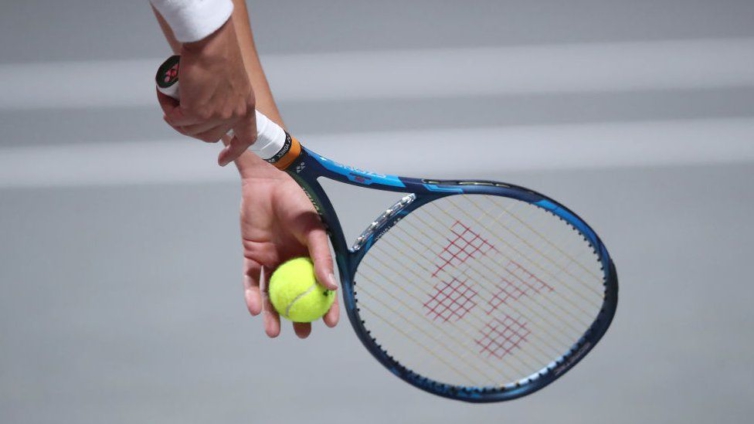 Two Australian Open tennis players have tested positive for Covid-19 after arriving in the city of Melbourne, amid growing controversy over the event.

A third case involved a “non-playing participant”, according to the state of Victoria’s chief health officer.

Some 1,200 people, including players, staff and officials, have flown into Australia for the tournament, which begins on 8 February.

But a row over quarantine rules has cast a shadow over the upcoming event.

Some players have expressed frustration about being confined to hotel rooms full-time while other rivals are not.

And some residents in Melbourne – a city which endured one of the world’s longest lockdowns last year – have their own concerns about the potential Covid risk posed by the tournament.

Positive cases on three flights have forced 72 players into full quarantine, meaning they have to isolate full-time in their hotel room for 14 days instead of being allowed outside to train like other participants.

It has angered some players, and led world number one Novak Djokovic to lobby authorities to relax quarantine rules for players – including shorter periods.

The suggestions earned him criticism from Australian player Nick Kyrgios and were rebuffed by Victoria state authorities who want to keep infections at very low levels. State Premier Daniel Andrews said the measures were necessary to protect the public and tennis stars would get “no special treatment”.

Following that, Kyrgios tweeted a news clip of the saga on Monday night and wrote: “Djokovic is a tool.”

The outspoken Australian, ranked 47th in men’s singles, has previously criticised Djokovic over the coronavirus, after the Serb organised an exhibition event last year in which he and others contracted the virus.

“That’s what happens when you disregard all protocols. THIS IS NOT A JOKE,” Kyrgios wrote at the time.

Many connected to the Australian Open have expressed frustration over their forced isolation, most commonly for the disruption to player preparation.

Kyrgios also criticised the girlfriend of fellow Australian player Bernard Tomic after she featured in the same news clip complaining about the hotel food and having to wash her hair by herself.

“[She] obviously has no perspective, ridiculous scenes,” Kyrgios wrote in the same tweet. Vanessa Sierra has since said that her comments were taken out of context and that she had received death threats, after her “I don’t wash my own hair” quote was mocked online.

Kyrgios’ comments have largely been popularly received in Australia, where many have rubbished some players’ attitudes to virus restrictions.

“Sure it’s not great to be cooped in a hotel room for that period of time but you know, I think they just have to get a grip,” said Labor MP Bill Shorten.

“Covid has been shocking. People have died. People lost their jobs… and you got these pampered sooks who are having a cry over their conditions.”

Event organisers say the majority of the about 500 players attending the Open have accepted the conditions, including those who are confined to their hotel rooms.

Two-time Australia Open champion Victoria Azarenka was one of them, issuing a plea to her fellow players to show empathy to what residents in Victoria had gone through as a result of the pandemic.

“I would like to ask my colleagues for cooperation, understanding and empathy for the local community that has been going through a lot of very demanding restrictions that they did not choose, but were forced to follow,” she said in a tweet.

In contrast, Spain’s Roberto Bautista Agut agreed with his interviewer on Sport5 that quarantine felt like prison.

“These people have no idea about tennis, about practice courts, about anything. It’s a complete disaster because of that,” he said.

“The control of everything is not Tennis Australia, it’s the people from the government…I can’t imagine staying two weeks like this.”

But Tennis Australia chief Craig Tiley said some of the negative reports didn’t “represent the entire playing group. For the most part, they have been really good”.

He acknowledged it was “not an even playing field” for those stuck in their hotel rooms, given their competitors have access to five hours of court practice a day.

Mr Tiley also defended Djokovic, saying the star had written “a note – these weren’t demands – they were suggestions”.

“But he is understanding what two weeks of lockdown means,” he added.

While most players are being quarantined in Melbourne, Djokovic is part of a smaller group of big-name stars including Rafael Nadal, Serena Williams and Naomi Osaka who are stationed in Adelaide for an exhibition match.

DISCLAIMER: The Views, Comments, Opinions, Contributions and Statements made by Readers and Contributors on this platform do not necessarily represent the views or policy of Multimedia Group Limited.
Tags:
Australian Open
Tennis