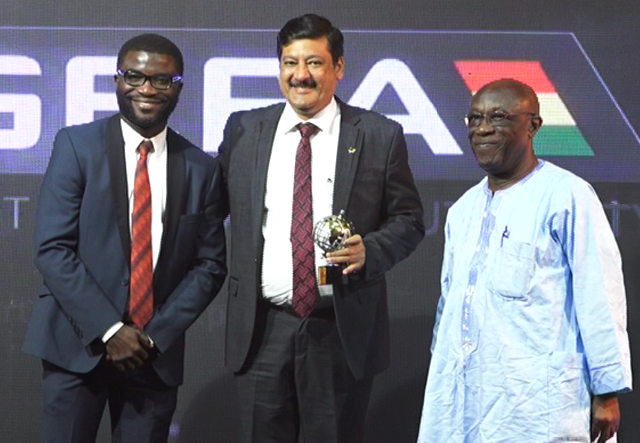 The company received the coveted awards for its sterling performance in contributing to the country’s improved export earnings.

Avnash saw its range of products receives various awards for the years in review. The company’s palm oil, crude and stearic acid were recognized for their ‘exportability’ which earned the country some foreign exchange.

Speaking to JoyBusiness, Group Head of Industries at Avnash Industries Ghana Limited, Vipul Jain said the company will leverage the awards to increase its market offering to contribute to the government’s vision of self-reliance.

“These are very encouraging awards that Avnash has and as everybody knows, we are in the news because of rice but more than rice we have been exporting; we export to 5 countries from Ghana so it is victory to us, the country has risen to the dream of local rice promotion and self-sufficiency,” said Mr Jain.

The local rice producer says the country with support from his outfit, can produce and supply enough local rice which should outweigh the demand.

Mr Jain says the new taste and preference is now catching on hence the need for companies to do more to exceed demand soon.

He has also pledged his outfit’s commitment of mopping up excess rice at the Northern part of Ghana.

The National Awards for Export Achievement is an annual initiative by the Ghana Export Promotion Authority (GEPA), the non-traditional export (NTE) promotion arm of the Ministry of Trade and Industry (MoTI), aimed at celebrating and recognising companies and individuals who have excelled in the export business.

Avnash is a Ghanaian company with its main interest in agribusiness processing and its roots in its motherland since 1960.