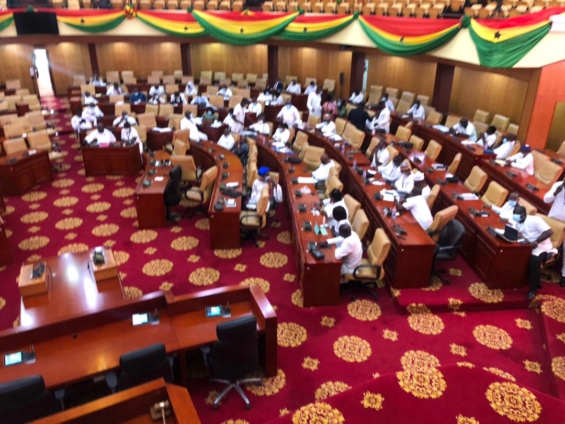 On May 25, 2021, Parliament resumed sitting to commence the second meeting of the 8th Parliament of the Fourth Republic after an Easter break.

The Speaker of Parliament Alban S. Bagbin urged members of the House to give Leadership the needed co-operation and to improve on their attendance to enable the House to complete its business on time.

He also informed the House of a communique received from the Executive that details the President’s nominations for Deputy Ministers, the Minister of State, as well as the appointment of Lawyer Kissi Agyabeng as Special Prosecutor to replace the former SP Martin Amidu.

He revealed that public hearings for the vetting process of the President’s nominees would commence Wednesday, June 2 and end Thursday, June 15.

According to the statement, 5 key bills are expected to be considered at this sitting. They include Ghana Standards Authority Bill, 2021, Exemptions Bill 2021 and the Consumer Protection Bill, 2021 as well as the Petroleum Revenue Management (Amendment) 2021 and Advertising Council Bill, 2021.

Echoing the call for cooperation was Majority Leader Osei Kyei-Mensah-Bonsu who also urged Members “to put in their best” in support of the leadership of the House.

He also took the opportunity to “apprise the House of three events that occurred during the recess, especially the current disturbances in the power sector resulting to power rationing, the Executive’s intensification of the fight against illegal mining (galamsey) and the resurgence of the arrests and brutalisation of journalists”.

The Minority Leader Haruna Iddrisu also “promised his party’s total commitment and support to the democratic process and gave the assurance that his side will not be an obstruction to government business and smooth Parliamentary process and added that his side of the House has come refreshed from the recess to exercise its mandate to hold the Executive arm of government accountable”.

He also urged the ruling New Patriotic Party to peacefully address the “disturbing religious intolerances and wrangling that erupted in certain parts of the country during the recess to ensure that governance of the country is not negatively affected”.