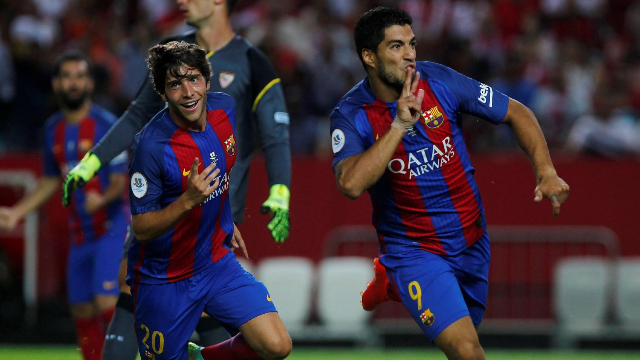 Luis Suarez and Munir El Haddadi found the net as Barcelona claimed a 2-0 first leg win over Sevilla in the Spanish Super Copa.

The hosts enjoyed much of the possession, but failed to create much in the way of goalscoring opportunities. Instead, it was the defending Liga champions who picked off Sevilla in the second half.

And Munir doubled his side’s advantage with his first touch following his introduction from the bench, striking an early finish past the Sevilla goalkeeper after Lionel Messi’s through ball. From then on there was no way back for Jorge Sampaoli’ side.