Benjamin Amponsah Mensah: Reduce speed limits and arrest the cedi from falling against the dollar 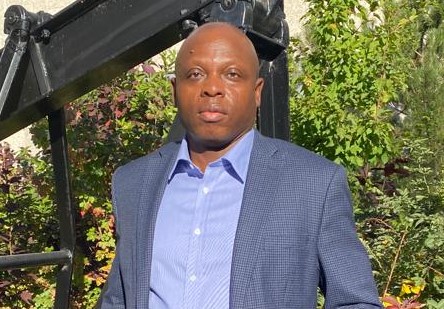 The nation needs very aggressive and practical measures to respond to our current economic crisis due to the high cost of fuel.

As a nation we consume about 64,000 barrels of refined oil daily according to Statistics Report of World Energy. At today’s oil price, Ghanaians are spending about $7.5 Million daily on oil and $2.7 Billion yearly.

This is nearly equivalent to all of our export earnings from Cocoa last year, $2.1 Billion. Unfortunately, it can be assumed that all of our hard-earned dollars from Cocoa go towards paying for fuel for transportation.

In addition, oil products are the most imported products into Ghana. As a result, there is always huge pressure on the cedi against the US dollar every day.

By implementing such measures to reduce the speed limit, we will arrest the cedi from falling by spending less on oil and conserving energy on our roads.

During the oil embargo of 1973 by OPEC members stopped selling oil to US. There was energy crisis in US and the United States Congress were forced to pass a law to reduce the national speed limit to conserve fuel. Emergency Highway Energy Conservation Act that effectively prohibited speed limits higher than 55 miles per hour (89 km/h). It was drafted in response to oil price spikes and supply disruptions during the 1973 oil crisis.
In the case of Ghana it will help us to reduce our dependence on oil.
Instead of consuming $7.5 Million of oil daily, we will begin to consume less oil and take control of our energy needs.

Also, the government should consider reviewing the policy on used imported vehicles. Car manufacturers through modern innovations and technology have drastically improved fuel efficiency of vehicles in the last couple of years. Reduction to the age of imported vehicles into the country will also contribute positively to the policy of lowering our daily consumption of oil.

A government led campaign to regularly remind drivers of good practices that will reduce fuel consumption and save them money. Such as resisting from habitual idling of vehicles during stops. Instead of driving separately, car pool together to work and functions to conserve fuel and save money.

My opinion is that since energy is the heartbeat of the economy government must be proactive and introduce practical measures to stabilize the economy.