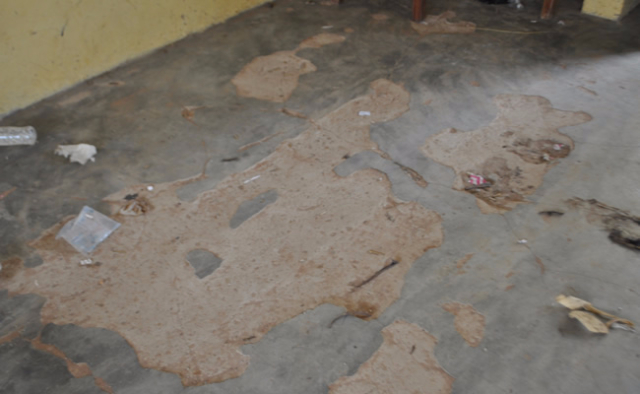 A six-unit classroom block at the Bishop Herman school which is currently being used as the Agric block is in a very bad state after just three years of construction.

The block which was partially completed for use due to unavailability of classroom blocks has the floor deteriorating just within a year.

According to one of the teachers who spoke to Joy News on condition of anonymity said the doors to the classroom blocks were not well fixed and students always complain of stolen items.

He said due to lack of toilet facilities on one of the blocks, some students sometimes defecate in the rooms especially during preps.

This was revealed when members of the Public Interest and Accountability Committee [PIAC] and the Institute of Financial and economic journalists (IFEJ) went on a monitoring tour to inspect some projects funded by the oil money.

According to the teacher, there was lack of supervision resulting in shoddy work by the contractor.

“The problem of shoddy work could have been avoided if there was proper supervision by the authorities” the teacher lamented.

The teacher said, it is the hope of authorities and students that something really urgent is done about the situation as school will soon reopen.