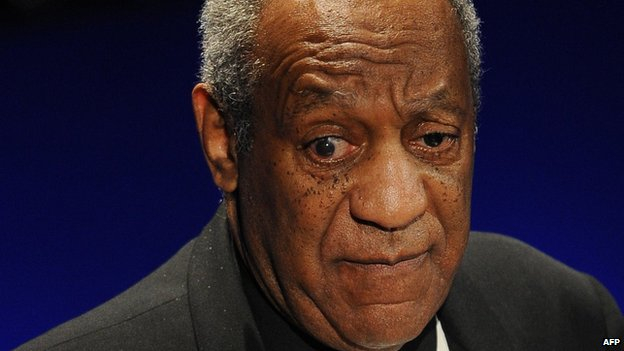 Comedian Bill Cosby was sued for defamation on Wednesday in Massachusetts by a sexual assault accuser who said he branded her a liar in public statements made through his representatives denying her allegations of abuse.

The eight-page complaint, filed in U.S. District Court in Springfield, Massachusetts, is at least the third lawsuit arising from a wave of sexual misconduct allegations leveled against Cosby by more than a dozen women during the past several years.

The plaintiff in Wednesday's case, Tamara Green, 66, a lawyer who lives near San Diego, claims Cosby drugged her at a Los Angeles cafe with pills he told her were cold tablets, then sexually assaulted her at her apartment, leaving her two $100 bills on a coffee table before he left.

The alleged assault occurred in the early 1970s, the lawsuit said, while Green, then an aspiring model and singer, was helping Cosby raise money from investors to open a club.

Neither the onetime network television star, who now resides in western Massachusetts, nor his attorney or spokesman was immediately available for comment.

The lawsuit said previous denials by an attorney and a publicist representing Cosby in response to those allegations when they were published in Newsweek magazine in February and the Washington Post in November were false and defamatory.

Green is seeking unspecified punitive damages, asserting that Cosby himself is liable for the conduct of his legal and press representatives.

The complaint was filed on her behalf by Joseph Cammarata, an attorney who initially represented Paula Jones in her sexual harassment lawsuit in the late 1990s against then-President Bill Clinton.

Cammarata and his client said her defamation suit provides a new avenue for Green and others accusing Cosby, 77, of sexually assaulting them decades ago to bring their allegations to court without complications posed by statutes of limitations.

'HIS DAY IN COURT'

“I want it put to a jury. I want it to be ended, finally, and I want my name restored,” Green said by video link during a news conference at Cammarata's Washington law office.

"Bill Cosby will also have his day in court," she said, "and I look forward to that event."

Green's lawsuit comes eight days after another of Cosby's accusers, Judy Huth, sued the entertainer in Los Angeles, saying he molested her in 1974 when she was 15 at the Playboy Mansion after serving her alcohol. Huth claims that trauma from the incident caused psychological anguish that she has come to terms with only in the last few years.

Green first came forward with her story in a 2005 "Today" show appearance and a Philadelphia Inquirer interview. Cosby's lawyer dismissed the allegations as false.

The following year, Cosby settled for an undisclosed sum a lawsuit brought by another woman, Andrea Constand, who also claimed he had drugged and sexually assaulted her.

Such accusations gained renewed attention after standup comic Hannibal Buress called Cosby a rapist during a performance in October. Cosby's camp unwittingly intensified the scandal on Twitter by asking supporters to create viral online parodies, or "memes," about him, only to be barraged with Internet satires about the rape allegations.

Cosby has never been criminally charged, and through his lawyers has insisted none of the allegations is true. During a National Public Radio interview in November, Cosby silently refused to answer questions put to him about the scandal.

NBC and Netflix last month canceled Cosby projects, and reruns of his top-rated sitcom, "The Cosby Show," were pulled from cable channel TV Land, all without explanation. On Dec. 1, he resigned from the board of trustees of Temple University, his Philadelphia alma mater.