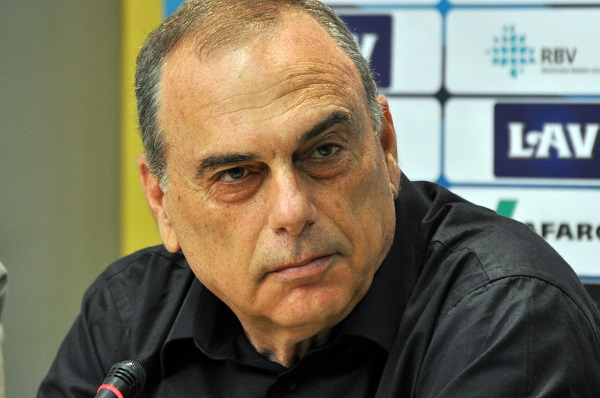 Under-fire Black Stars head coach Avram Grant is determined to stay and end the nation’s 35-year wait for a major trophy by winning the 2017 Africa Cup of Nations.

Grant’s head is on the chopping board and the Israeli could pay for the Black Stars poor start in the 2018 FIFA World Cup qualifiers with one point from two matches and five points behind leaders Egypt.

The Black Stars have gone five matches without a win and it is being speculated that the former Chelsea manager will be shown the exit soon.

Already, some managers, including Bechem United’s Manuel Zacharias and Italian Fabio Lopez, have put themselves in the frame for the top job.

However, Grant has reiterated his desire to win next year’s continental showpiece despite mounting pressure from fans.

‘’'Yes, we have African Cup. Our target is very clear. I always want to finish my contract. Our contract is the African Cup that was two years and three months,'' Grant told Metro TV.

''I want to win the African Cup. It will not be easy- there're other good teams but this is possible and I want to do it.

''In football you cannot think beyond two three months. 2/3 months is too much. Let's do what we need to do at the African Cup and then we think about what's next.''