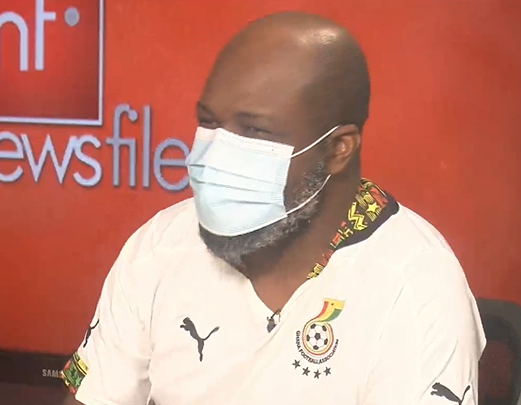 When asked about the current state of the Black Stars on JoyNews‘ Newsfile, Mr Addae-Mensah noted that lack of planning by the Ghana Football Association (GFA) is to blame.

“No, I wouldn’t say (CK Akonnor) is to blame. I would say it is the lack of planning. After Ben Koufie’s development plan expired, we didn’t put measures in place to put back a similar plan,” he told Samson Lardy Anyenini on Saturday.

The 5-year developmental plan by the late Chairman of the GFA, Ben Koufie in 2001, he said is what “we built on to qualify us for the World Cup and Afcon”.

The GFA, according to him, should have had another plan in place that would follow suit. The Sports analyst indicated that what is being practised now is ‘frefre ko bo’.

“We didn’t do that and we are where we are. What do we do now? We look for boys in the diaspora, bring them together, three or four days we expect them to deliver. No, it can’t happen. It is a ‘frefre ko bo’ (players called only when needed to play a tournament) because we have players who meet their colleagues for the first time at the Black Star camp. How is that possible?

“But we all with nostalgia mention the Appiah, Sulley Muntari, Paintsil but these guys started playing way back in their youth. They were not meeting each other for the first time at the Black Star camp,” he added.

For him, coaches are mostly blamed for the inefficiency of the national team simply because they are easy targets.

“The coaches are very easy prey. They are the soft target. We can always blame the coach and get away with it. But let’s be frank with ourselves, we have not planned,” he stressed.

His comments come after the Executive Council of the Ghana Football Association (GFA) on September 13, as reported by JoyNews, terminated the appointment of Black Stars coach, Charles Akonnor and his two Assistants.

This followed the receipt of the technical reports from Akonnor and the Black Stars Management Committee.

In response, Mr Akonnor expressed gratitude to President Akufo-Addo and the GFA for the opportunity given him to serve his country.

“I’m grateful to H.E President Nana Addo Dankwa Akufo-Addo, the Sports Ministry, my former boss Kwesi Appiah, the leadership of the GFA, colleagues I worked with, players and Ghanaians for the opportunity to serve,” he took to social media.

Meanwhile, information gathered by Joy Sports reveals that CK Akonnor and David Duncan will be paid over $600,000 by the Ministry of Youth and Sports and the GFA after their contracts were terminated.