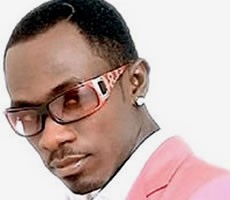 The blood donation exercise is in reaction to reports that the National Blood Bank has been hit with acute shortage of blood, according to organisers.

The collaboration between New Crystal Health Services which has a strong presence in the Ashaiman area where it operates three hospitals, and Okyeame Kwame popularly known as the Rap Doctor with a huge fan base, is expected to draw a massive turnout to ensure enough blood is donated on the day to shore up the  Korle-Bu Blood Bank.

Last month it was reported that the National Stock level at the Korle-Bu Blood Bank, was very low, an indication of a possible shortage.

According to the Korle-Bu Blood Bank, the facility may not be able to meet requests from patients needing blood if shortage persists.

Recent reports also indicate that though there has been some support from the public, the situation remains dire.

Speaking in an interview, the Hiplife sensation Okyeame Kwame noted for his concern and association with health related projects such as hepatitis B, said he found it a worthy cause to spend the Valentine’s Day showing love by helping mobilse blood for the Blood Bank.

He therefore encouraged the public to turn up in their numbers at Ashaiman for the exercise.

New Crystal Health Services is using its Ashaiman hospital located behind the main lorry park for the blood donation exercise with support from the Tema General Hospital and the National Blood Bank.

Its Chief Executive Officer, Dr. Wisdom Amegbletor said he was happy to work with Okyeame Kwame on this project.

He described the Hiplife artiste as one of the most respected musicians in the country, adding that he shares in his values and believes that working together on the blood donation exercise, will be of immense benefit to the country.

He also urged the public to come and support their music icon and the hospital, in the effort to address the acute blood shortage that has hit the Blood Bank.

Also, New Crystal Health Services is this week offering free medical testing for the public at its ultra-modern diagnostic  centre, as prelude to its official opening on Friday.