Bobi Wine: We are under house arrest with a baby 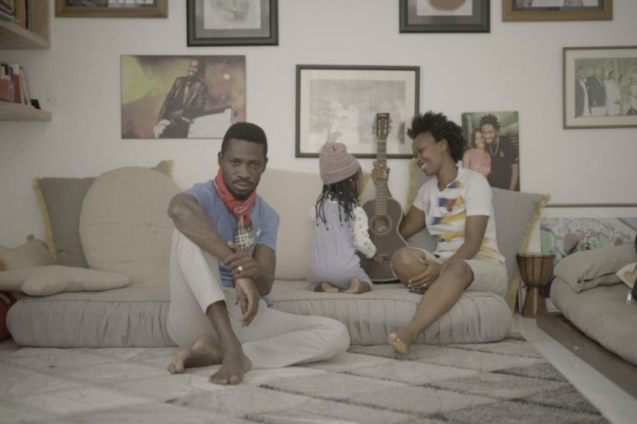 Uganda’s defeated presidential candidate Bobi Wine has tweeted that he and his family are “under house arrest and stuck with an 18-month-old baby”.

Soldiers have surrounded the politician’s home claiming that he could incite his supporters if he leaves the compound.

Bobi Wine – who became famous as a musician – tweeted that the baby’s father had been blocked from going into the compound.

He added that they had run out of food and milk.

Day Six under house arrest and we’re still stuck with an 18 months old baby who had paid a visit to her auntie (my wife ) be4 we were raided & besieged. The Dad has been denied access to her. We have run out of food and milk. No one is allowed to leave or come into our compound. pic.twitter.com/KVLDR3IH6y

The 38-year-old politician ran for the presidency for the first in elections on 14 January. He lost to President Yoweri Museveni, who has led the country since 1986.

He claims that he was cheated out of victory, and accuses the president perpetuating electoral fraud.

But President Museveni said on Saturday that the poll could be the “most cheating-free” in the history of the country.

DISCLAIMER: The Views, Comments, Opinions, Contributions and Statements made by Readers and Contributors on this platform do not necessarily represent the views or policy of Multimedia Group Limited.
Tags:
Bobi Wine
House arrest
Uganda