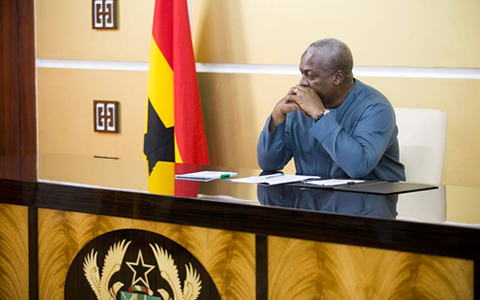 In my capacity as Chair of the ECOWAS Authority of Heads of State*, I have recently consulted with the presidents of our member nations regarding the horrific kidnapping of nearly 300 Nigerian schoolgirls.

From those conversations came the collective decision to:

1) send representatives to the World Economic Forum on Africa that was held last week in Abuja to make a public stand of solidarity with Nigeria;

2) hold an urgent meeting of all the ECOWAS nations’ National Intelligence Chiefs—scheduled for May 14th— in order to invoke the organization’s protocols on counter-terrorism and create a strategic plan of action to assist Nigeria in its attempts to rescue the stolen girls and dismantle Boko Haram;

3) extend an invitation to the National Intelligence Chiefs of Chad and Cameroon to attend that meeting.

The decision to intervene in the affairs of a sovereign nation is a delicate one that can never be taken lightly.  After a series of almost back-to-back violent attacks and other acts of aggression by the Boko Haram terrorist group, including the abduction of the schoolgirls from Chibok, it became obvious that the situation would require an effort greater than any one nation, particularly a developing nation with limited resources, could tackle alone.

On May 8th, I traveled to Abuja where I was joined by Mr. Kadré Désiré Ouédraogo, the President of ECOWAS, to officially make our support known to President Goodluck Jonathan of Nigeria and to the rest of the world.  We also informed President Jonathan of the upcoming meeting.  It was news that he gratefully received, along with the offers of assistance that have come from the United States, UK, France and China.

News that the missing girls may have been transported across the Nigerian border into one of its neighboring countries was of great concern to the ECOWAS Authority of Heads of State, the highest decision-making body of the organization.  After decades of civil war, two of our member nations, Sierra Leone and Liberia, have returned to democracy and the rule of law.  Another member nation, Mali, was recently engaged in a prolonged battle with Ansar al-Dine and other extremist terrorist groups. Any threat to the stability of one of our countries poses a significant threat to the stability of the entire sub-region.

Chad and Cameroon are not members of ECOWAS.  Though both Chad and Cameroon share a border with Nigeria, they are technically in central Africa and, thus, members of the Economic Community of Central African States / la Communauté Economique des Etats de l’Afrique Centrale (CEEAC), an organization whose efforts and resources have been fully devoted to resolving the ongoing conflicts in Sudan, South Sudan and the Central African Republic. Nevertheless, the presence of these two countries’ representatives at the meeting of the National Intelligence Chiefs and their participation in the discussions will be key to the ultimate success of any action taken by ECOWAS to assist in the rescue of the missing girls.

When it comes to the relationship between Africa and the rest of the world, there is a lot that can be lost in translation.  For starters, many people still think of Africa as a country, one monolithic place.  Cartographers often distort the true size of Africa on the maps they draw, so it’s difficult for people to imagine that the United States of America can fit into the continent three times; but it can.

This is important information because the physical distortions of Africa are usually the springboards for the social and cultural distortions.  Geography has always been a defining part of all aspects of life on the African continent, especially the political.  For centuries the various colonial powers created artificial boundaries that divided tribes and families into separate countries with separate imposed languages.  Now, post-independence, African leaders are trying to overcome those divisions by using geography to unite.

In the minds of some, the assistance of the international community in the mission to rescue the girls who were abducted is an indication of a failing on the part of African leadership.  In reality, it signals the world’s intolerance of terrorism.  It is an indication of the fact that geography can no longer be used as a means of conquest, not in Africa. Not anymore.  As terrorist activity worldwide has increased, what we have learned is that these organizations offer each other information, weapons, financial resources and shelter; they do not operate alone.  So why, in our efforts to protect our citizens and maintain peace in our countries, should we?

*There are several economic and integration organizations in Africa that join together all the countries in a specific geographical area to focus, as one unified body, on issues of common concern.  The Economic Community of West African States (ECOWAS) is that organization for the fifteen member nations in the sub-region:  Benin, Burkina Faso, Cape Verde, Gambia, Ghana, Guinea, Guinea-Bissau, Ivory Coast, Liberia, Mali, Niger, Nigeria, Senegal, Sierra Leone and Togo.

John Dramani Mahama is President of the Republic of Ghana and Chair of the ECOWAS Authority of Heads of State.