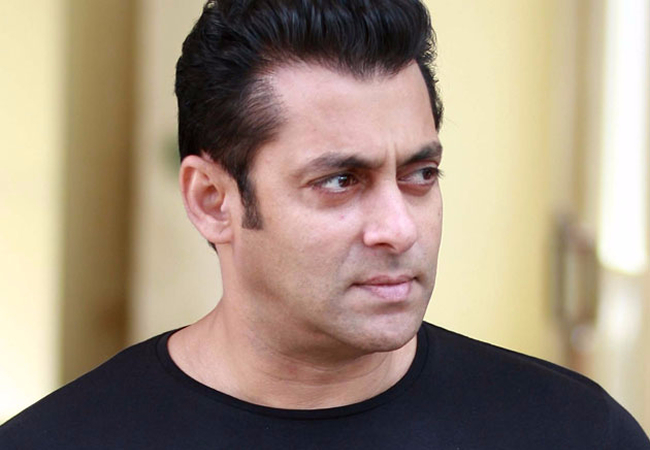 An Indian court has sentenced Bollywood star Salman Khan to five years in jail for killing a homeless man in a 2002 hit-and-run driving incident in Mumbai.

The man was among five people who were run over in the incident. The actor was charged with culpable homicide.

Khan had said his driver was behind the wheel, but the judge said the actor was driving the car and was under the influence of alcohol at the time.

Legal experts expect the actor to appeal against the verdict.

Khan's lawyers have already applied for bail in the Bombay high court which is expected to hear the case shortly, reports say. The actor remains in the trial court while his fate is being decided.

Correspondents say the guilty verdict is a huge setback for Khan although he could have been jailed for 10 years.

The actor is one of Bollywood's biggest stars, appearing in more than 80 Hindi-language films. Several of his films, including Dabangg, Ready, Bodyguard, Ek Tha Tiger, Maine Pyar Kiya and Hum Aap Ke Hain Kaun, have been huge commercial hits.

On Wednesday morning, as the actor drove to court with his family and friends, fans prayed for the actor's acquittal.

But Judge DW Deshpande found him guilty on the charge of culpable homicide.

"You were driving the car; you were under the influence of alcohol," he told the actor as soon as the court proceedings began.

The 49-year-old actor was also found guilty of negligent driving and causing grievous harm to the victims and given separate terms for each offence, but defence lawyers said all the sentences would run concurrently.

Within minutes of entering the courtroom, the judge informed Khan that he was guilty.

After that, for the next three hours as the lawyers from both the sides presented their arguments over his punishment, Khan, who was dressed in a white shirt, remained calm and composed.

His family and friends inside the court were hoping that he would get a jail term of three years or less.

But when the judge sentenced him to five years in prison, Khan's expression changed immediately.

And even as his sisters tried to comfort him, the actor looked visibly upset.

Several of his Bollywood colleagues spoke out in his support and expressed their sympathies. Actress Hema Malini said she was praying for him.

If the actor is put behind bars, it will affect several high-profile film projects he is involved in at the moment.

The case has gripped Bollywood and India for years.

Late on the night of 28 September 2002, Khan's Toyota Land Cruiser hit the American Express bakery in the Bandra area of Mumbai, authorities say. 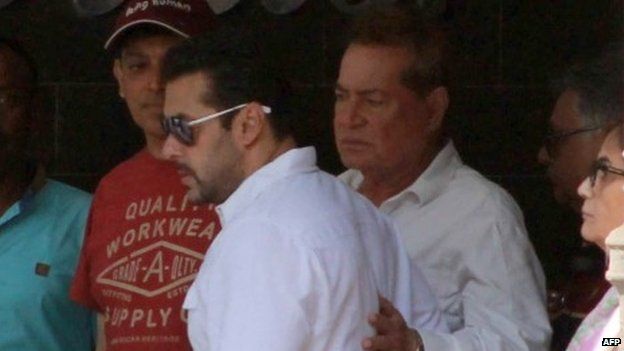 The actor is the son of Bollywood scriptwriter Salim Khan 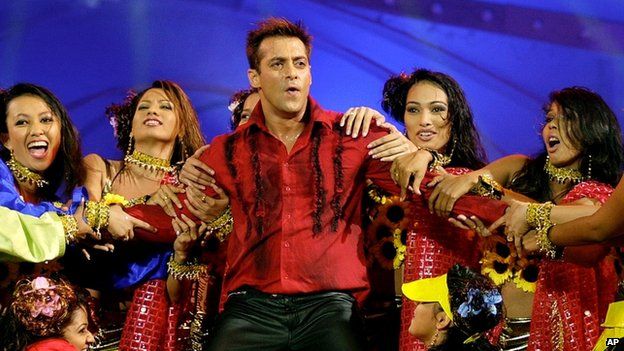 The actor is one of Bollywood's most bankable stars 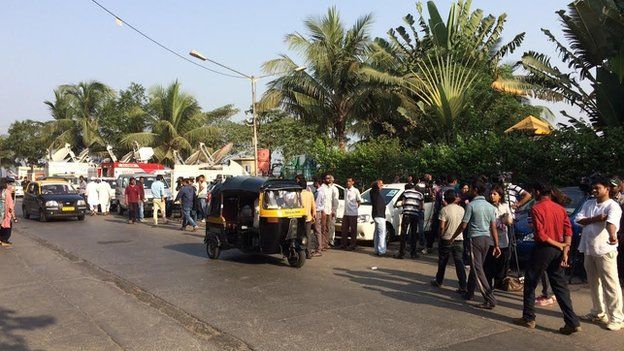 Many fans and onlookers gathered outside his house in Mumbai

The prosecution alleged that Khan had been driving the car while drunk. Giving evidence in March., Khan had denied he was drunk or that he was driving the vehicle.

But many witnesses disagreed.

A constable attached to Khan's security detail said in a statement to the police that the "drunk" actor had lost control of the car. The policeman died in 2007 of tuberculosis.

In April, Khan's driver told the court that he had crashed the car after a tyre burst but the court did not accept that version.

May 2003: Court rejects his plea to drop culpable homicide charge

October 2007: Prime witness, a constable who served in his security detail, dies

March 2015: Khan tells the court he was not drunk and his driver was behind the wheel

May 2015: Khan found guilty, sent to jail for five years.