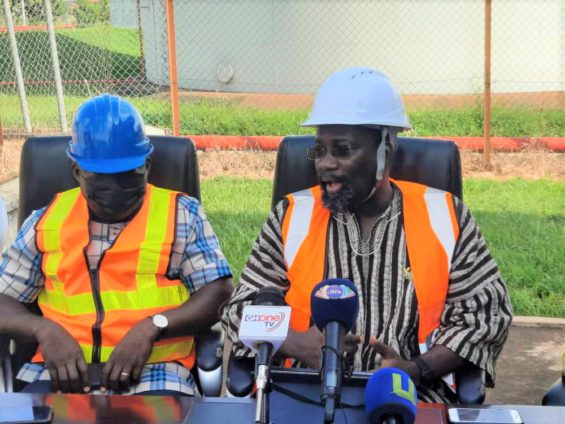 The Bulk Oil Storage and Transportation Company Limited (BOST) has arrested a driver and impounded nine vehicles in connection with fuel adulteration at its Kumasi Depot.

This happened after pre-discharge tests disclosed that eight more trucks had their contents adulterated.

The eight other drivers are at large.

“The drivers of these vehicles are nowhere to be found as we speak, but their respective trucks are being held pending the conclusion of the investigations,” Managing Director for BOST, Edwin Alfred Nii Obodai Provencal, said at a press briefing in Kumasi, adding that, “the trucks and the contents are being held at a safe place whilst investigations continue”.

Management of BOST said the police are currently investigating circumstances leading to the incident.

Mr Obodai Provencal, disclosed that workers of the company will be reshuffled as part of measures to curb such incidents.

Transportation of Products
BOST depends on three modes of transport for transferring products from its primary depot at Kpone in Tema to its other depots in Kumasi, Buipe, Akosombo and Bolgatanga. These modes are;

The reported incident had to do with the Bulk Road Vehicles mode of transport.

As a standard practice, according to Management, products are tested to confirm their chemical composition before loading into trucks.

Upon arrival at their destination, same product testing is carried out to ensure what was loaded on the truck, has been transported accordingly, before discharge is permitted.

During the pre-discharge testing of product aboard a BRV (the said truck), it was discovered through the basic test that the chemical composition of the product at the destination differed from what was loaded on the truck.

BOST made a call for confirmation testing which proved that the result of the basic test was correct; the product aboard the truck was adulterated.

The implications are that, there could be possible termination of contract because such acts fall in line with breaches, pursuant to agreements with the transporters.

Mr. Obodai however assured that the company has not lost financially, though the issue of adulteration is a challenge.

Mr Obodai further guaranteed that the adulterated commodity will not get on to the market.

“BOST wishes to assure the public that, with the current robust Standard Operating Procedures, no adulterated product will find its way into our tanks much less get to the market.

The company wishes to further assure the public that, the reported incident has not affected our operations in any way and our fuel safety and security as a country, is assured.”