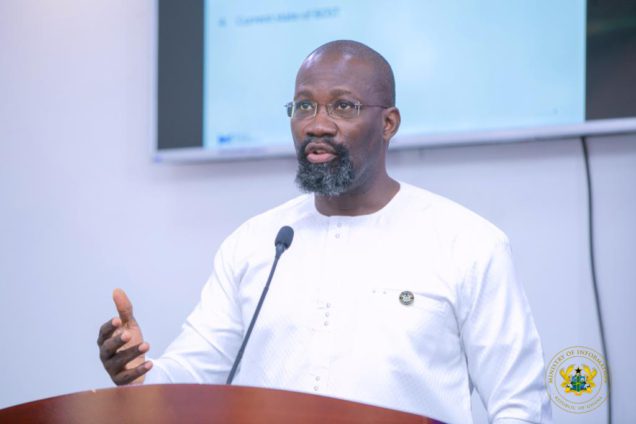 The Bulk Oil Storage and Transportation Company Limited (BOST) says it has reduced its trade liabilities by over three-quarters.

Its Managing Director, Edwin Alfred Provencal, revealed that his outfit has paid some $585 million out of the $624m which was in arrears back in 2017.

He made these comments while addressing journalists at the Information Ministry on Sunday, September 26.

Mr Provencal took his turn to brief the country about the strides made at the BOST and his outfit’s effort to improve its activities.

According to the MD, the company was “a very sick organisation as of 2017.”

In his presentation, the BOST MD highlighted that about 73% of the liabilities were offset using internally generated funds by June 2021.

This, he believes, is laudable in addition to some 27% provided by the government.

“We did not do that by going to government alone. BOST contributed to the payment of this trade liabilities through our internally generated funds amount to 73%.”

The MD further insisted the efforts are being made to service the rest of the trade liabilities by 2022.

A forensic audit  was also conducted into BOST’s BDC claims to the tune of about $37 million.

After the Economic and Organised Crime Office (EOCO), National Security among other agencies, were brought in to investigate the claims, “each of these companies who claimed they were owed $37 million now accepted that we owe them $11 million.”

He told journalists that the move is part of efforts to improve the books of the state agency and allow for ample space to operate in the country’s oil and gas sector.

The Bulk Oil Storage and Transportation Company Limited (BOST) is embarking on a strategy that seeks to enhance operational excellence and aggressively grow the business.