Brain tech is here: These gadgets from CES 2020 rely on your brainwaves to work 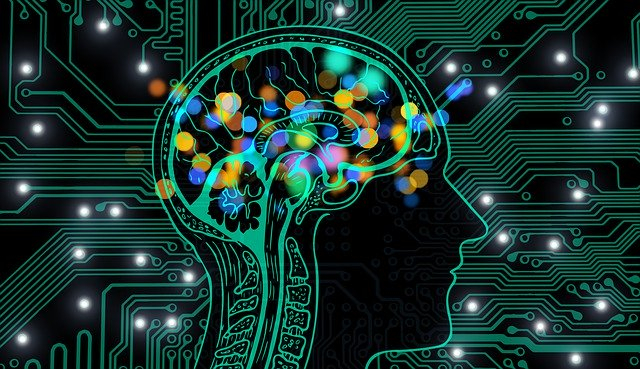 The futuristic promise of tech devices that use brain waves to improve sleep, anxiety and concentration — and even control prosthetic hands — may finally be coming to fruition, with a slew of new products on display at CES 2020 in Las Vegas. Brain tech holds great potential for helping us understand and control our minds from the comfort of our homes, but science still has a long way to go.

Here are some of the coolest brain tech products we saw at CES 2020. Some of these products are already on the market, while some are only prototypes.

BrainCo’s AI-powered prosthetic hand works with an amputee’s brain waves and muscle signals to intuit the movement they want to make. Through a software platform, the user trains the prosthetic using those electrical signals to perform an unlimited number of gestures, down to moving individual fingers — even playing piano and writing calligraphy. This means amputees no longer have to rely on limited preprogrammed movements and can customize the prosthetic to their own body, Max Newlon, president of BrainCo USA, told CNET.

The prosthetic hand is awaiting FDA approval, but the company plans to have it on the market by the end of the year, Newlon said. It will also retail for between $10,000-$15,000 — significantly less than other robotic options, which can run up to $60,000.

Urgonight is a padded headband that connects to an app to measure your EEG, and uses games to teach you how to control the brain waves that impact sleep. The device uses neurofeedback therapy to show you a real-time display of your brain activity, with the goal of teaching you how to identify and change behaviors through different exercises. It’s designed to be used for 20 minutes a day, three days a week.

Urgonight is meant to bring technology that would normally only be available in a sleep lab into your own bedroom, Guirec Le Lous, CEO of parent company Urgotech, told CNET. The Urgonight headband will be available in June, and will cost $500 (about £380 or AU$720), according to the company.

Electromedical Products International’s Alpha-Stim device uses electrotherapy to send electric waves to your brain to fight pain, anxiety, insomnia and depression without medication. The device has been on the market for almost 40 years and has a number of clinical studies supporting its efficacy. The FDA-approved device is currently only available by prescription, but at CES the company unveiled a new prototype called Alpha-Stim X. The device is roughly the size of a smartphone that allows you to monitor your electrotherapy use and progress, and compare data with other users anonymously.

At CES, OBELAB unveiled its first commercial application of the NIRSIT Lite, a portable, wireless brain imaging system. Developed with one of the largest education service providers in Korea, the NIRSIT Lite is a headband that students can wear at home, to monitor their engagement and concentration when completing aptitude tests to give you more information than a test score alone could.

“It’s portable, wireless and easy to use, especially compared to the functional brain imaging systems like fMRI,” Hanseok Yun, COO of OBELAB, told CNET. “We think that the reason why human brain function hasn’t been uncovered much so far is because of the lack of data.”

The NIRSIT Lite has launched in Korea, and may expand to the US in the future, Yun said.

Announced at CES, the Muse S is a headband and app combo that calls itself “your personal meditation assistant.” The headband is a multisensor meditation device that provides real-time feedback on your brain activity, heart rate, breathing and body movements to help you meditate more effectively. The S version also includes guided meditations specifically for sleep, along with responsive soundscapes to help you fall asleep faster.

“Meditation is an incredibly important skill that most people don’t do because they don’t know how to do it,” a company representative said at CES. “Our goal is to help people solve the problem of how to meditate and what’s going on in their mind and when they’re doing it right.”

The FocusFit headband and app. BrainCo

FocusFit involves a headband that uses neurofeedback technology to measure your brainwaves and train your mind to achieve the highest level of focus during a workout or athletic activity. And after your workout, the headband helps you recover faster through neurofeedback paired with guided meditation, which reduces inflammation and cortisol levels.

Another product from BrainCo, FocusFit made its debut for consumer purchase at CES.

“People have been measuring fitness outcomes forever — how fast did I run, how much weight did I lift, how am I doing on my diet,” Newlon said. “But the ability to see if I’m effecting change in my brain in real-time has an impact on almost everybody immediately.”

DISCLAIMER: The Views, Comments, Opinions, Contributions and Statements made by Readers and Contributors on this platform do not necessarily represent the views or policy of Multimedia Group Limited.
Tags:
Brain Tech
CES 2020