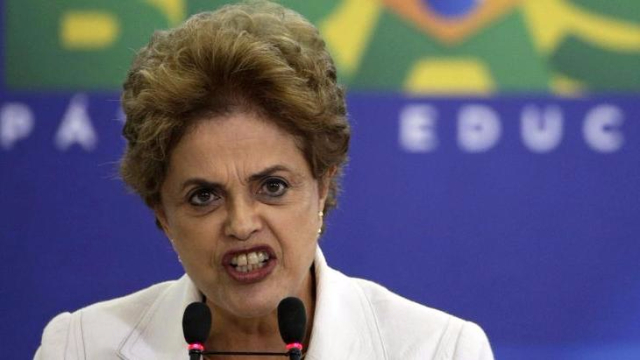 Brazil's President Dilma Rousseff has condemned the move to impeach her as a "coup" and a "farce", denying she has committed any crimes.

She was addressing the nation on TV, her first comments since senators voted overnight to suspend her from office and put her on trial.

The trial may last up to 180 days, which would mean Ms Rousseff would be suspended during the Olympic Games in Rio de Janeiro, which start on 5 August.

Senators had voted to suspend her by 55 votes to 22 after an all-night session that lasted more than 20 hours.

Ms Rousseff is accused of illegally manipulating finances to hide a growing public deficit ahead of her re-election in 2014.

In her speech, Mr Rousseff said that she may have made mistakes but had committed no crime, adding: "I did not violate budgetary laws."

She said: "What is at stake is respect for the ballot box, the sovereign will of the Brazilian people and the constitution."

Ms Rousseff accused the opposition of leading the impeachment because they had vehemently opposed all the advances she and her predecessor, Luiz Inacio Lula da Silva, had made for the Brazilian poor and lower middle classes.