Bright of Buk Bak and Promzy of VIP to form new group? 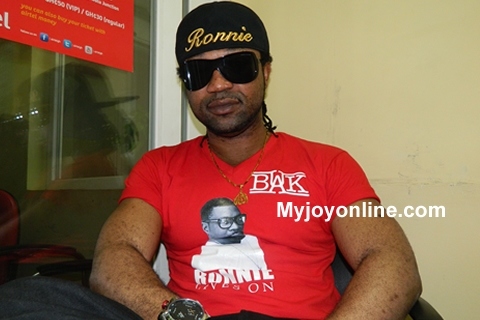 Bright Bling Sparkles, the only surviving member of Buk Bak fame has hinted that he and former member of VIP Promzy might be teaming up soon.

The artiste, who was speaking from his US base about speculations that he and Promzy were teaming up said, “with the chemistry and bond we share as individual artistes, trust me Promzy and I will make great team.”

Buk Bak, known for several hit songs including 'Klu Brofo', 'Akwasi Broni' and 'Kolom', was versatile and rapped in Ga, Twi, and Pidgin, and was the first hiplife group in Ghana to make a successful career out of Ga music.

Promzy also fell out of hiplife music group VIP a year ago and much has not been heard of him since.

Bright reiterated the good relationship that exists between him and Promzy, stating that, it could give him the urge to forming a great musical group.

He said, “look out for the unexpected because Promzy as everybody knows is more or less my brother and irrespective of him not being in a group or anything, I would love to grab that opportunity to do something crazy with Promzy.”

On why he has been away from the industry, Bright said, he has not been able to complete any of the tracks that he and Ronnie were working on before the latter's sudden demise because he gets emotional whenever he tries to work on them and stops.

“It's been almost two years since the passing of Ronnie Coaches already and it's been a tough two years of painful memories it's not been easy for me myself but we're trying to keep hopes high,” he said.

Bright, however, promised to bounce back to doing music soon.

He said, “I'm trying to get in my mood and hopefully I can have something out just for all the Buk Bak fans and all Ronnie Coaches fans.”

The 'Kolom' singer also disclosed that he missed doing music and was working with 4X4 on a new collaboration and would not mind collaborating with other musicians.

He also congratulated music group Praye for reminding him of his time with Buk Bak with their stunning stage performances.

“Praye always reminds me of Buk Bak when they do the acapella and get the crowd going wild.”

He also said, “I'm so proud when I see Stonebwoy, Sarkodie, Pappy Kojo and Joey B, I've got mad love for the industry.”