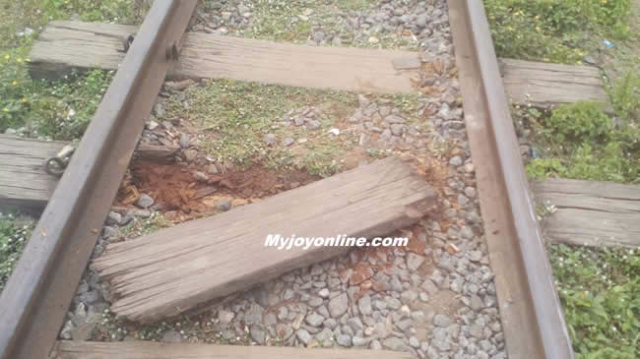 The Ghana Railway Workers Union is demanding a time schedule for repair works on the Accra – Nsawam rail tracks.

This comes after a train derailed at Tesano last week.

The Railways Development Ministry subsequently commissioned a three-member committee to look into the incident and submit a report within 10 working days.

But as the committee continues its probe, the Railway Workers Union is calling for definite timelines for the repair works, after the suspension of train services.

The group says lack of communication in this regard is affecting their planning schedules.

General Secretary of the Union, in an interview with Joy News, said the closure of the railway is causing a lot of inconvenience for traders who rely on the rail system.

“Some programme their activities in such a way that when they take the train, it is convenient for them. Because of the bad nature of the tracks we have suspended operations, which is in order for us to make the necessary arrangements to fix the issues.

“But when the trains are going to start working is not known by anybody, so what we are saying is the Management and the Ministry should put up a plan so that people who use the train will know how to plan their activities,” he said.

He fears that their customers will switch to other modes of transportation is the repair works take too long.