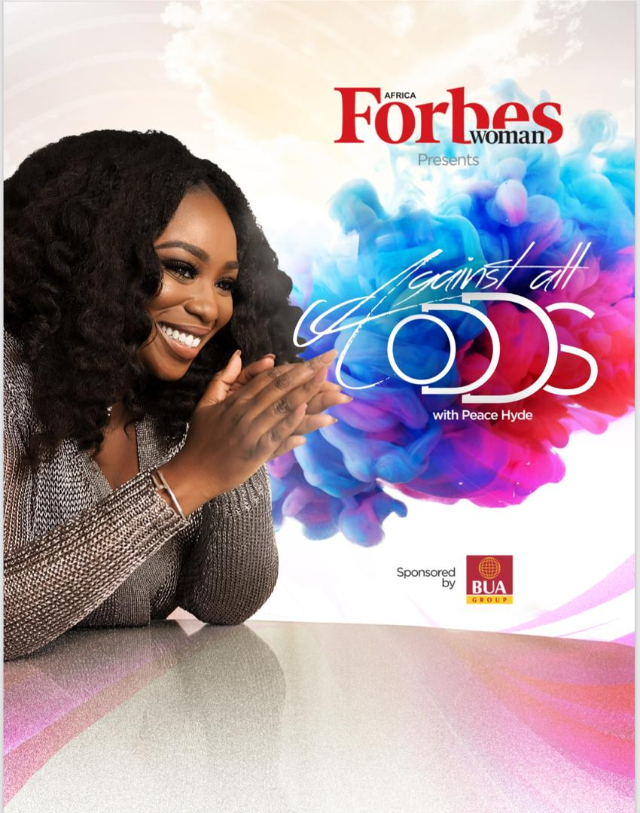 The leading women business interview show, Forbes Woman Africa’s Against All Odds with Peace Hyde, has been renewed for a second season.

The show looks at the incredible journey of successful female game changers and how they managed to rise to the top of their business empires or industries often overcoming incredible obstacles, Against all Odds.

The new season promises the same exceptional line up of trailblazing women as the BUA Group has won the bid against former sponsor Ecobank, for the exclusive rights for the second season of the show.

The show will broadcast on CNBC Africa channel 410 with online distribution on all major blog platforms.