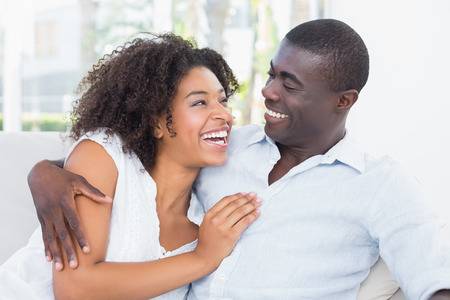 Women have been automatically assigned roles as comforters, caretakers, and so on. People even proceed to refer to women as the glue keeping a family together.

Yet somehow, women are also referred to as the most complicated people.

These were the main discussion points on how to build beautiful relationships and marriages on Joy FM‘s Home Affairs with Edem Knight-Tay, on Saturday, February 5, with guest Dr. Padi Aryeetey.

On the show, Dr. Aryeetey made it clear that both women and men are complicated but women are more complicated than their male counterparts.

On whether it is something in the makeup of a woman that makes her complicated, Dr. Aryeetey explained that women are naturally different but the changes in hormones also contribute to their nature.

He also emphasised the fact that trying to understand a woman is almost impossible, rather, accepting them is the best way to build beautiful relationships and marriages.

In as much as men are programmed to give solutions to the problems of the people they care about, women prefer that they are empathized with, listened to and loved.

On intimacy, it is learnt that after a long day’s work, a man wants to connect sexually with the woman he loves. Therefore, the last word he wants to hear is no.

As earlier mentioned, changes in hormones affect the behaviour of women. It could be that their sex drive is drastically low or they could simply not be in the mood.

With this problem, Dr. Aryeetey suggested that there should be a conversation to agree on the best way forward.

He further mentioned that women have no idea what sex means to a man and because men don’t show emotions, it makes it difficult for a man to express his sexual frustrations. However, some manage to express it in a form of a joke.

It was also learnt that women who are active in business tend to have masculine traits which are productive at work but becomes a problem at home.

In other conversations, Dr. Aryeetey added that everybody needs an escape valve from being a parent or a spouse once in a while.

Women want to be seen as independent and not some damsels in distress. They want to be heard, not presumed to be persons with petty problems that are easily solvable.

Dr. Aryeetey reiterated that attempting to understand women is not the best idea but accepting them as they are and paying attention to them is one of the keys in building beautiful relationships and marriages.